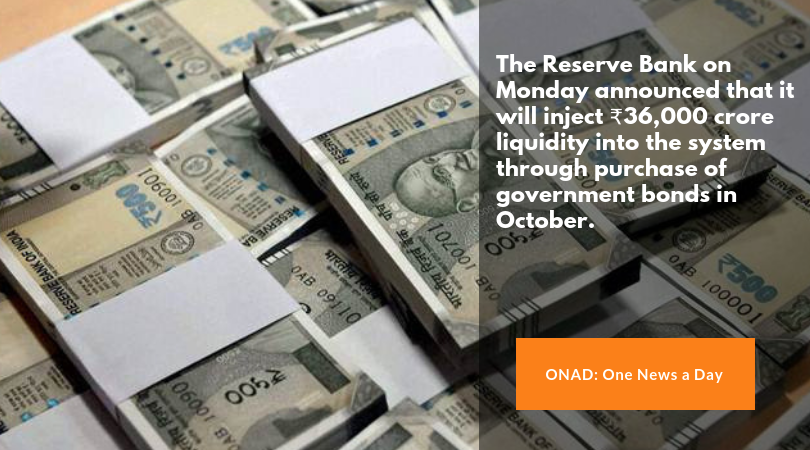 The Reserve Bank on Monday announced that it will inject ₹36,000 crore liquidity into the system through purchase of government bonds in October to meet the festival season demand for funds.

The auctions to purchase government bonds as part of the Open Market Operations (OMOs) to manage liquidity in the system will be conducted in the second, third and fourth week of October. “Based on an assessment of the durable liquidity needs going forward and the seasonal growth in currency in circulation observed in build-up to the festive season, RBI has decided to conduct purchase of government securities under OMOs for an aggregate amount of ₹360 billion in the month of October,” the central bank said in a release.

This injunction should allow for more liquidity around the festive season. This should helps the common folks face no problems concerning their festive shopping and cash requirements. Source: The Hindu