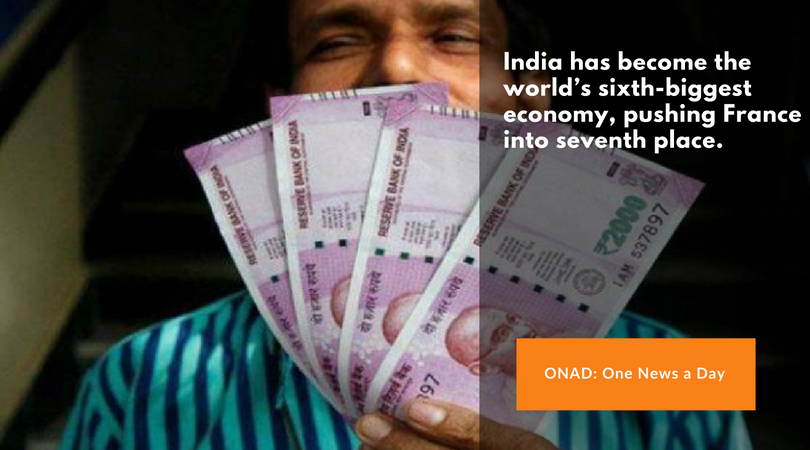 India has become the world’s sixth-biggest economy, pushing France into seventh place, according to updated World Bank figures for 2017.

India has doubled its GDP within a decade and is expected to power ahead as a key economic engine in Asia, even as China slows down. The London-based Centre for Economics and Business Research, a consultancy, said at the end of last year that India would overtake both Britain and France this year in terms of GDP, and had a good chance to become the world’s third-biggest economy by 2032.

Because India is about to become the most populated country in the world. And in order to sustain and excel in terms of economic growth & prosperity, the GDP still needs to increase manifold to provide the lifestyle that truly would make India a world superpower!

So while this comes as a great news, there is still work to be done in order to spread economic equality in the country.