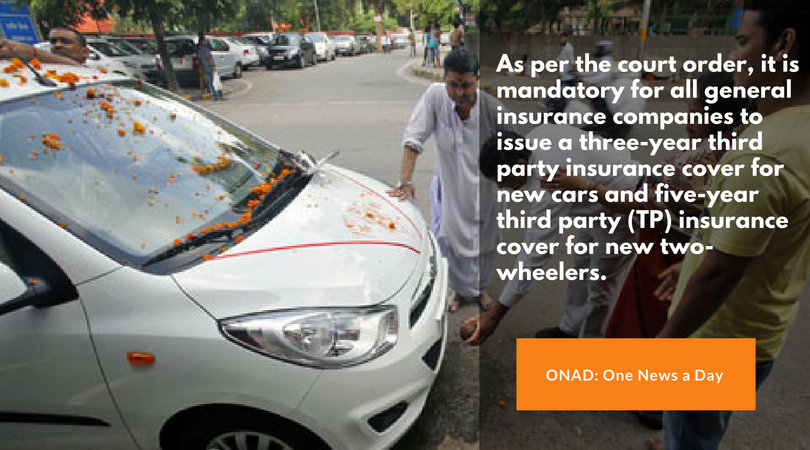 Buying a car or two-wheeler is set to become expensive from Saturday as long-term third party insurance policy has been made mandatory by the IRDAI following a Supreme Court order.