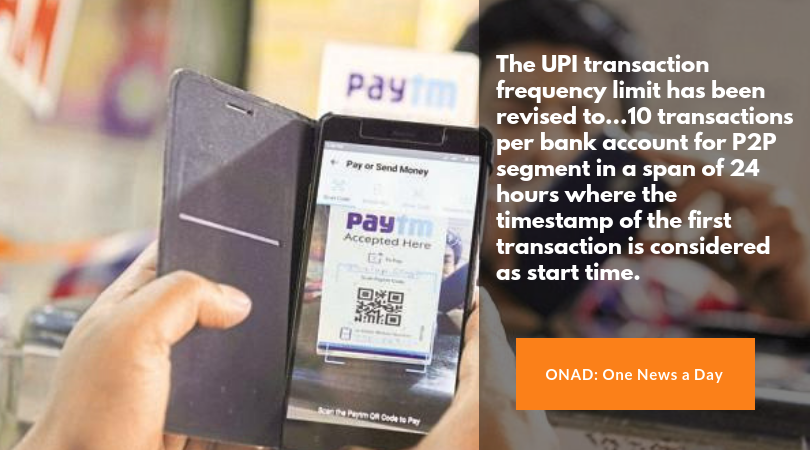 In a circular issued on October 21, NPCI, which manages the instant payment railroad, limited the daily UPI transactions from each account to 10, from 20 previously.

The National Payments Corporation of India (NPCI) has halved the maximum number of peer-to-peer transactions that can happen from the same account in a single day to curb artificial incentive driven transactions on the Unified Payments Interface platform.

Some apps like PayTM & Google Pay have been known to incentivize the UPI platform to attract users. However, the limit applies only for peer-to-peer transactions as merchant payments have no such limits. “A lot of third-party service providers are offering attractive incentives on UPI which could cause deal-hungry people to jump in. This causes stress on the platform unnecessarily, hence the move,” said a senior banker in know of the matter. Source: Economic Times