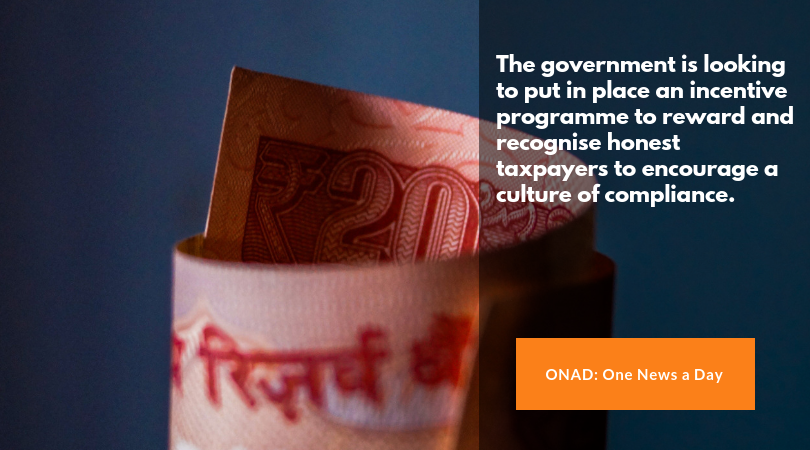 The government is looking to put in place an incentive programme to reward and recognise honest taxpayers to encourage a culture of compliance.

A committee has been set up under Central Board of Direct Taxes (CBDT) to draw up the scheme, a top official told ET. A cup of tea with the state governor, priority check-in at the airport, passports on priority, dedicated toll lanes, airport lounge access — these are some of the rewards that could be offered to exemplary taxpayers.

The committee will look at reward programmes instituted in various countries and draw from the best practices, said the official. The selection of people may not be based on the amount of tax paid but on criteria such as regularity in filing of returns, not being penalised or prosecuted and not having been subjected to searches or surveys. Source: TOI