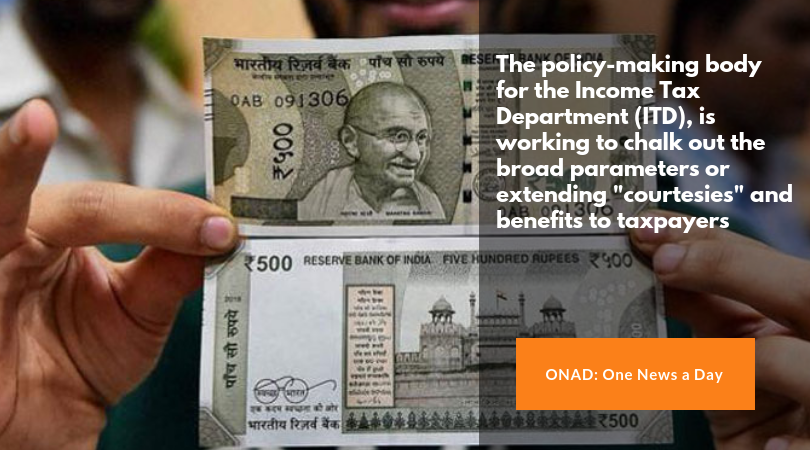 The government is working on an ambitious policy proposal to “facilitate” honest and consistent taxpayers in availing a variety of public services and tax-related works on priority, officials said Sunday.

They said that a committee under the Central Board of Direct Taxes, the policy-making body for the Income Tax Department (ITD), is working to chalk out the broad parameters for extending such “courtesies” and benefits to taxpayers who pay their taxes on time and in full. The proposal will be vetted by the Finance Ministry and sent for final approval to the Prime Ministers Office (PMO) before it is cleared by the Union cabinet.

As part of the larger plan, they said, it is proposed that honest taxpayers are empowered to get “priority service” while using public services at airports, railways stations and at tolls on highways. Looks like being an honest taxpayer is going to pay off big time! Source: Economic Times