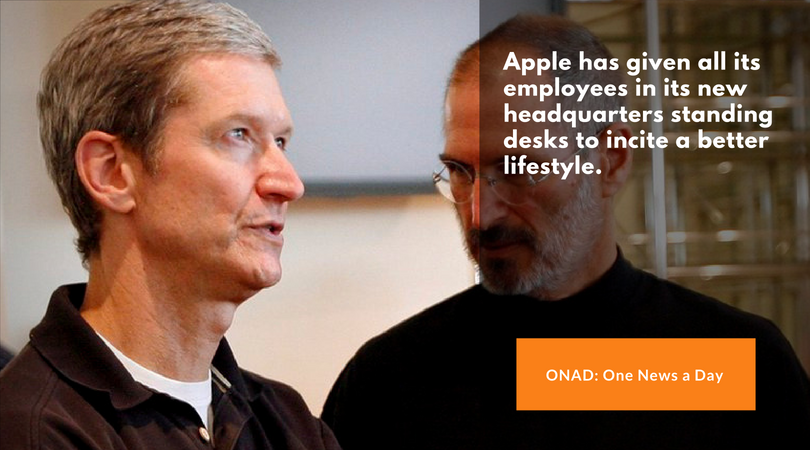 Apple has given all its employees in its new headquarters standing desks which can be raised to a comfortable height when they want to stand and work.

“We have given all of our employees, 100%, standing desks. If you can stand for a while, then sit, and so on and so forth, it’s much better for your lifestyle,” Apple CEO Tim Cook said in a Bloomberg interview last week. Back in 2015, Cook had quoted doctors while describing sitting as “the new cancer”.

Because well if you’re a working individual, you might spend as many as 10-13 hours everyday sitting, and that is excluding the time spent sleeping. It harms you in a lot of ways, so it’s about time you build a habit of standing and working. Here, have a recommendation from Sqrrl, that’ll help you ease into the habit.