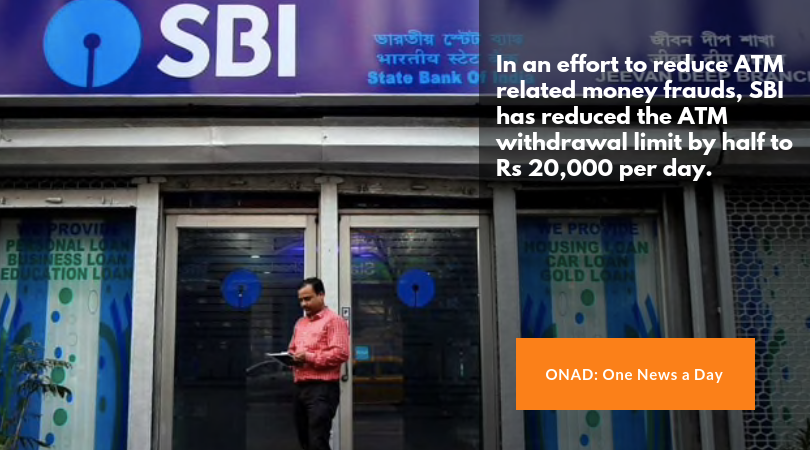 The country’s largest lender, State Bank of India, has lowered the ATM cash withdrawal limit to Rs 20,000 a day, from Rs 40,000. The lower limit will be effective from October 31.

“In view of the increase in the number of complaints received by banks around fraudulent transactions at ATMs and to encourage digital and cashless transactions, it has been decided to decrease the cash withdrawal limits of debit cards issued or being issued on ‘Classic’ and ‘Maestro’ platforms,” said a bank communiqué to offices. Skimmers, as reported in multiple cases in the past decade, steal the PIN for debit cards from unsuspecting customers using hidden cameras and electronic devices. The Classic cards constitute a sizeable chunk of SBI’s card portfolio. The restriction on cash withdrawals comes weeks before the festival season.

Despite the government’s digital push and rise in digital transactions, the demand for cash continues to be high. Rs 20,000 though should be adequate for most customers since most actual withdrawals are of smaller amounts, shows analysis done by SBI. This reduction in withdrawal limit is to see whether smaller withdrawals could minimise frauds. Source: Economic Times