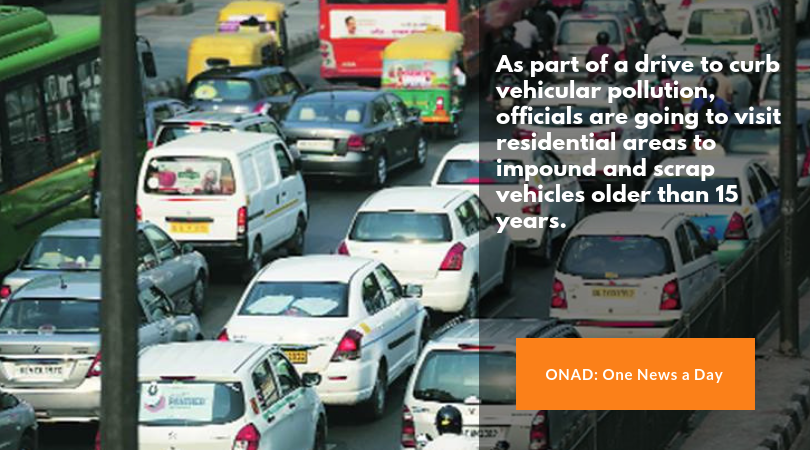 If you own a diesel vehicle that is more than 15 years old, expect a visit by the transport department and civic officials very soon.

As part of a drive to curb vehicular pollution, officials are going to visit residential areas to impound and scrap vehicles older than 15 years. The exercise is going to start from south Delhi. The department has initiated a major anti-pollution drive and as part of that, it is going to target vehicles that are not allowed to ply on roads anymore. The department has already deregistered almost two lakh diesel vehicles in Delhi that are more than 15 years old and among the most polluting vehicles.

This direction would be applicable to all vehicles without exception, including two wheelers, three wheelers, four wheelers, light vehicles and heavy vehicles, irrespective of whether these are commercial or not. The officials will be able to get details of vehicles by looking at the centralised Vahan software from their tablets. Source: Economic Times