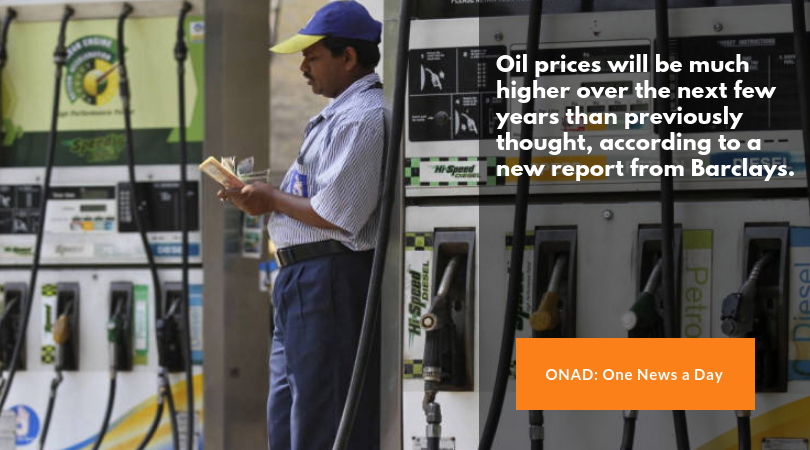 Oil prices will be much higher over the next few years than previously thought, according to a new report from Barclays.

The investment bank significantly raised its pricing forecast for 2020 and 2025 in its annual medium-term oil report. Barclays expects Brent to average $75 per barrel in 2020, up from a previous estimate of $55, while prices may average $80 in 2025, up from $70 previously. The bank noted that the market is dramatically different than it was at this point last year when it issued its previous medium-term report. U.S. shale drillers are maintaining capital discipline, which could lead to lower than expected production levels. OPEC and Russia have demonstrated resolve and laid the groundwork for long-term market management, which could keep supply off the market for years to come.

Because it quite simply means that oil prices world over are only going to go up, and so will in India. You can visit the source link below to know more! Source: Oilprice