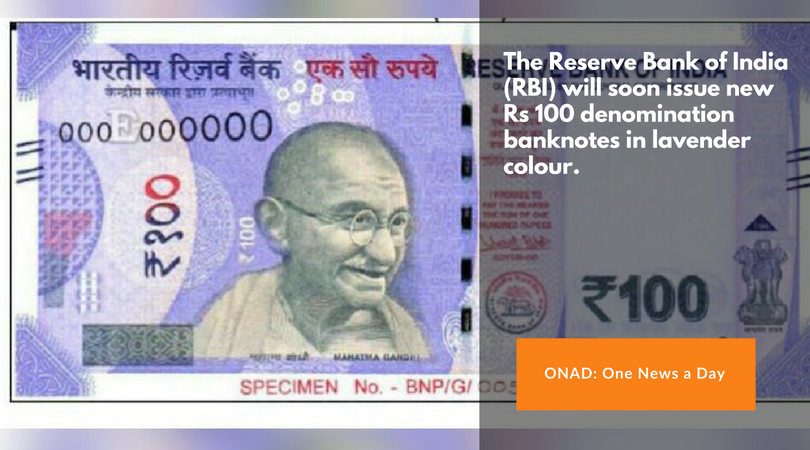 The Reserve Bank of India (RBI) will soon issue new Rs 100 denomination banknotes in lavender colour. This comes on the back of new designs introduced for Rs 200, Rs 500 and Rs 10 notes, in the last couple of years.

While the front side depicts Mahatma Gandhi’s face, the back side will feature a motif of “RANI KI VAV”, highlighting the country’s cultural heritage. RANI KI VAV refers to a memorial constructed in Patan, Gujarat for the 11th century king Bhima. The dimension of the new note will be 66 mm × 142 mm, which will be the same as the other new notes released last year.

Because it’s new currency, and it’ll directly affect your pocket. Because it’s meant to live there. And this probably is the last phase to be rolled out in RBI’s quest to bring new currency into circulation, the only one being left out is Rs 20 note.

Some features of the new note include: