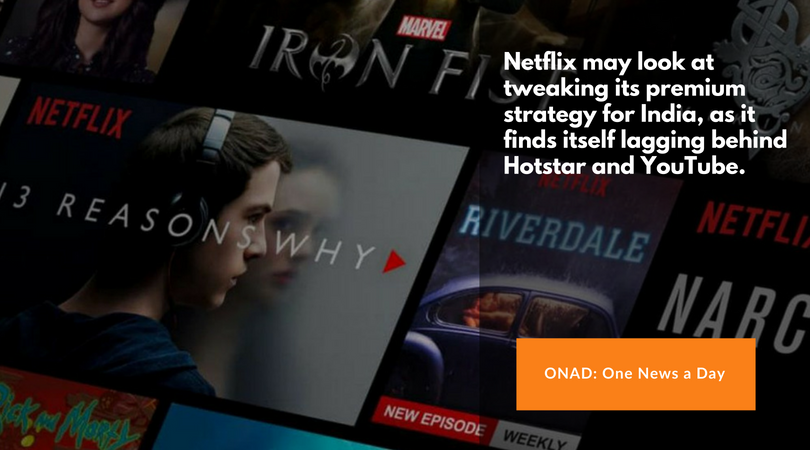 The world’s largest online paid TV network Netflix may look at tweaking its premium strategy for India, as it finds itself lagging behind Hotstar and YouTube in the booming over-the-top (OTT) market.

In India, Netflix competes with a host of OTT players, including Amazon Prime Video and Star TV-run Hotstar that charge lower subscription fees. In contrast, Netflix, which has invested heavily in producing slick shows in regional languages for the Indian audience, addresses affluent viewers at a hefty premium.

Because Netflix has realised that Indian market is vastly different from the US Market, where its high pricing gets it revenue. But to continue to stay relevant in the Indian space, they require to tweak their model.

Probably, cheaper netflix, or some form of freemium model is on the cards?