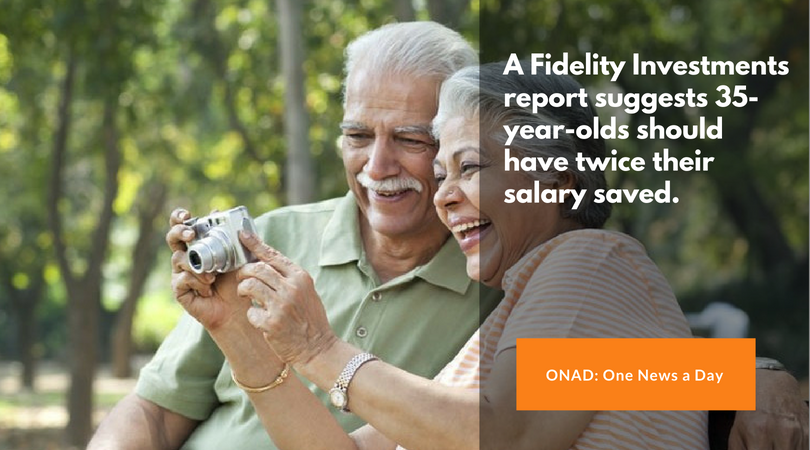 A Fidelity Investments report suggests 35-year-olds should have twice their salary saved. This report has received quite a lot of backlash, primarily in the form of jokes & angry reactions on Twitter.

The response highlighted just how anxious people feel about their financial responsibilities and the obstacles that outweigh saving for retirement. Twitter users said the Fidelity figure, which was meant as a guideline more than anything, was impossible for real people to achieve and made them feel they had fallen behind.

The number is in no way ideal. Young adults are financially struggling, and already have to make tough choices about what they can spend their money on. However, this does bring about the point that saving for retirement is something that young people should focus on, and while the number might not be ideal, there has to be at least a start. And there is no better time to start than right now!