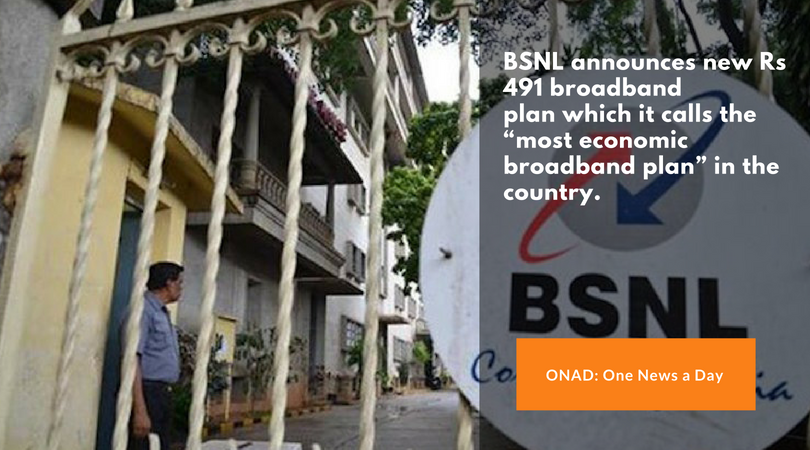 BSNL announces new Rs 491 broadband plan ahead of the launch of Jio’s fiber broadband service, which it calls the “most economic broadband plan” in the country. The new broadband plan from the telecom operator offers 20GB of data per day @20Mbps.

With the launch of JioFiber, the FTTH broadband service from Reliance Jio on the cards, BSNL has been revising both its broadband and mobile plans lately. The effort can be seen as a way to retain existing customers who might switch to Jio when it begins commercial availability of fiber broadband service.

Because BSNL is India’s largest Broadband provider, and this competition from Jio means better priced internet plans! The company recently revised its non-FTTH broadband plans that now start at Rs 99 a month and offer 20Mbps speeds. It also announced free access to broadband plans for two months on purchase of a new laptop or a PC. These customers were eligible for the BSNL BBG Combo ULD 45GB plan that was launched recently and is priced at Rs 99.