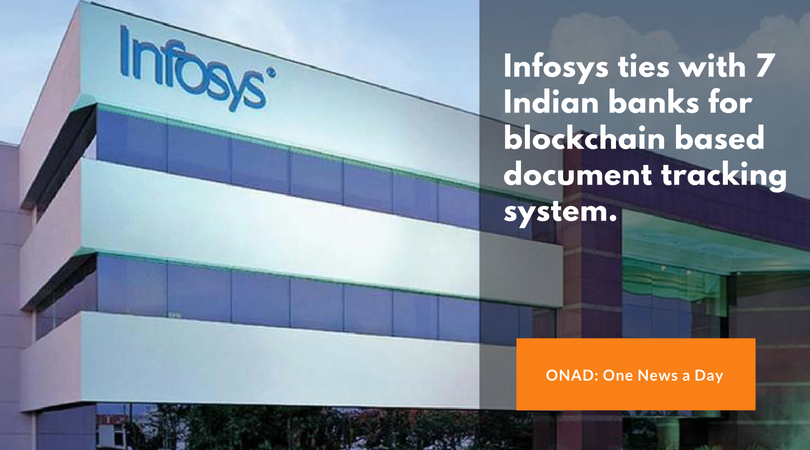 Infosys has created a blockchain-based documenttracking system for trade finance and is implementing the solution with seven private banks in the country.

The solution named India Trade Connect allows banks to track trade documents digitally. Trade financing and associated governance processes were at the heart of the $1.8-billion Nirav Modi-Punjab National Bank scandal, in which fraudulent letters of undertaking were issued to facilitate international trade.

Blockchain as a technology has unparalleled potential, and this move is believed to enable automation, increase transparency as well as enhance efficiency across trade. Digital trade is expected to benefit significantly with this. And with Infosys taking in the first step to bring in the technology, it is also reported that IBM is also working on a blockchain platform for Indian users.