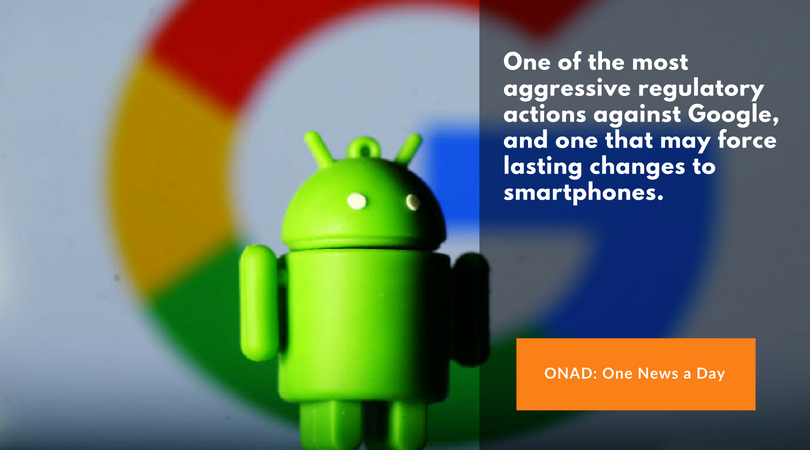 European authorities fined Google a record $5.1 billion on Wednesday for abusing its power in the mobile phone market and ordered the company to alter its practices, in one of the most aggressive regulatory actions against American technology giants and one that may force lasting changes to smartphones.

While Google gives Android away for free to handset makers, those companies must effectively pre-install 11 Google apps on their devices, giving Google’s products far greater reach and more users to click on its ads.

The strategy has enabled Google to reach more than a billion monthly users for six products: search, maps, Gmail, YouTube, the Chrome internet browser, and the Google Play app and media store.

The new ruling could effectively end Android’s free open source distribution and might force google to start charging OEMs for using Android. This could effectively mean that the next android phone you purchase in the coming months could be well more expensive than what it would be in the reign of free android.