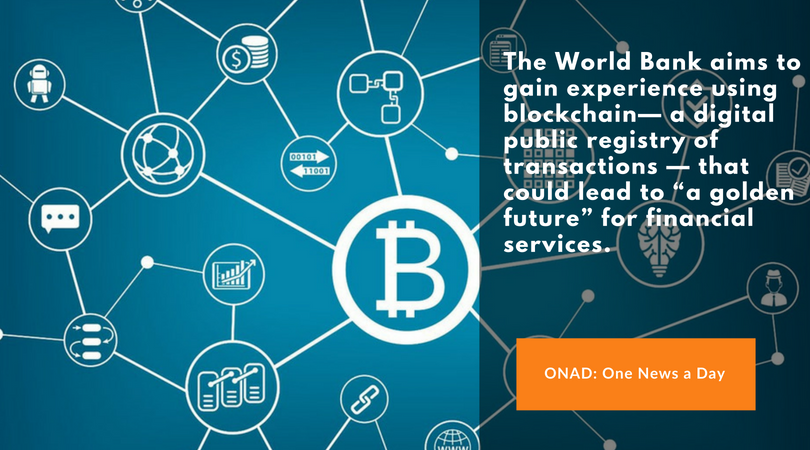 The World Bank is taking a step into the brave new world of digital finance to sell the first-ever bond to be issued entirely using blockchain technology, the bank announced on Friday.

More than just funds, the World Bank aims to gain experience using blockchain— a digital public registry of transactions — that could lead to “a golden future” for financial services for developing nations, a bank official told AFP. The technology is most often associated with cryptocurrencies — like bitcoin — which often raise suspicion about their reliability and volatility, as well as their use for criminal purposes.

The use of blockchain could improve transparency, since it is public, and cut down on transaction time since the bonds eventually will be exchanged instantaneously for cash. And while in India cryptocurrency is being looked down upon, blockchain technology could well be the future of finance & banking. Source: Livemint