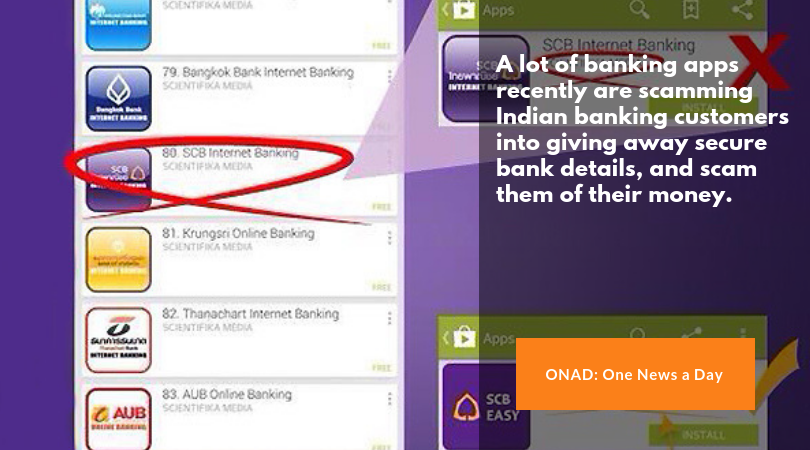 A survey carried out by IT-security firm Sophos Labs revealed that, there are malware apps focused on targeting Indian citizens.

The survey said, “We recently found 12 malicious apps that collected users’ Internet banking credentials and credit card details, some of which have been available for download for, in some cases, more than two years, and had been installed by thousands of people.” Many of these apps have lured victims into downloading and using them by promising rewards such as cashback on purchases, free mobile data, or interest-free loans. Nobody got any rewards.

There are apps that disguised themselves as Internet banking apps or electronic wallets, appearing to mimic the names or graphic design specifications of official existing bank apps.Some of them even claimed to provide a unique (and somewhat bizarre) service that promises to withdraw money from your accounts and then deliver the cash right to the user’s doorstep. Be smart, and don’t let these apps scam you for your money! Source: Zeebiz