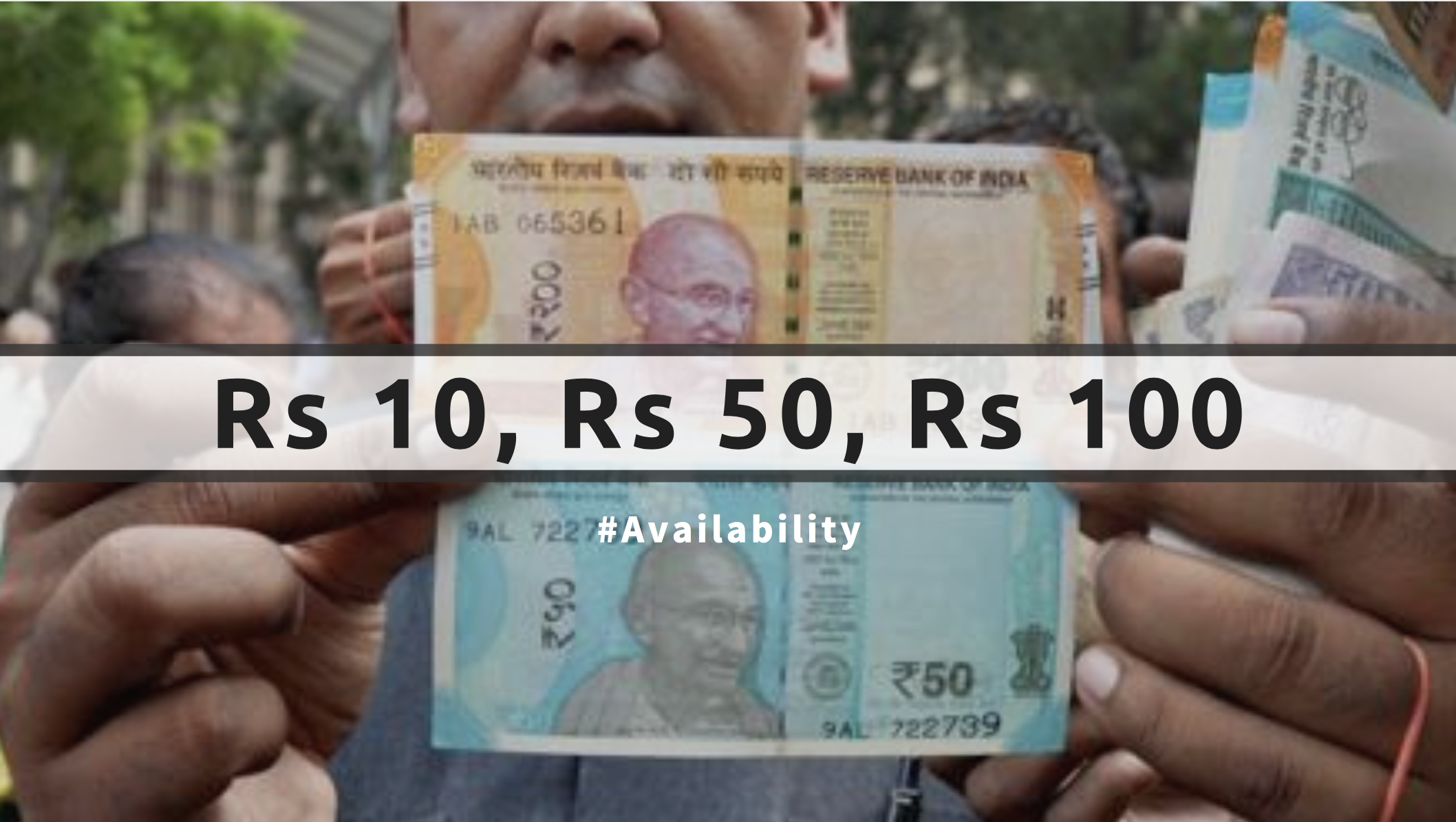 Soon after the demonetisation announcement in 2016, the bright pink Rs 2000 note was introduced. Since then, news reports claiming that RBI officials were all set to redesign all currency notes, were catching attention.  Since then, we have seen the introduction of banknotes in florescent blue(Rs 50) and bright yellow(Rs 200), and chocolate brown(Rs 10) is almost set to hit the market! Gone are the days of dull hues of the wallet.

Here’s a bit more detailed explanation for you!

Rs 10 notes: The Reserve Bank of India is said to be all prepped up to circulate new Rs 10 denomination banknotes under the Mahatma Gandhi series with chocolate brown colour as the base. The reverse side is expected to feature Odisha’s Konark Sun Temple, which would be something different and innovative!

Rs 50 notes: With the unconventional fluorescent blue base, Rs 50 denomination banknotes bear the signature of Urjit Patel. On the reverse side, a motif of Hampi with Chariot along with the Swachh Bharat logo and slogan, has replaced the image of the Indian Parliament. Rs 200 notes: With a Bright Yellow base, it features a motif of the Sanchi Stupa in Madhya Pradesh, proudly representing India’s rich cultural heritage.

It’s your country’s currency, afterall. This initiative of the government is plausible, while I’m sure you would like to know more about the notes. The new notes have different designs, geometric patterns aligning with the overall colour scheme, both at the back and front. The numerals on the number panels on the front of the note-at the top right and bottom left corners-have been designed ascending in size from left to right. Also, the obverse of the note shows Mahatma Gandhi’s portrait in the middle with the guarantee clause and the RBI emblem. Along the far right edge stands the Ashok Pillar emblem. If you look in the left, you will find the amount of the note in Devnagri. The new 50 Rs note is leaner than the previous one.

To depict the heritage of our country through it’s currency, is an ingenious idea of the Government. Not only has the appearance become appealing, care has also been taken on the security front. “The windowed, demetalised security strip can be seen at running breadth-wise with inscriptions RBI and Bharat in Devnagri on it.”

Our app is amazing, and let’s you invest in mutual funds in a few clicks and our experts pick the best funds for you keeping in mind your investment requirements & your investment goal.

You HAVE to check it out, go use this link to download Sqrrl on your mobile!

Saurabh Asked us:
Can I save money on Income Tax with Sqrrl?

Of course! We’ve got an entire dedicated product called AxeTax for it. With AxeTax you can easily make a tax saving investment in ELSS funds. It provides you Tax benefits in up to Rs 46,350 under Section 80C of the Income Tax Act.