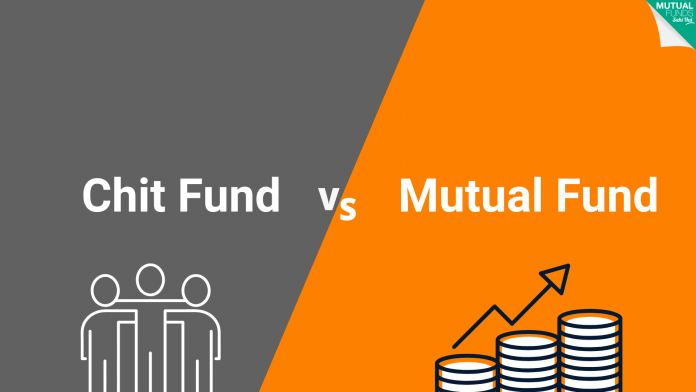 Small savings can lead to big changes in real life. We have always understood and appreciated the importance of saving a small amount so that it gradually grows over a period of time. You will be happy to know that there are many tools in the market that work around the same concept. Two of the most famous ones are – Mutual funds and Chit Funds.

Both mutual funds and chit funds allow a person to save a small amount in a gradual manner to form a bigger saving corpus. Both concepts involve people coming together to pool their small amount of money over a periodic basis (mostly monthly). Before we tell what’s the difference between a mutual fund vs. chit fund, let’s learn a bit more about both.

What is a Chit Fund?

Chit fund is over a 100 year old concept. Back in time, when there was no bank facility available and people in villages and cities needed urgent money for a marriage in the house or a medical emergency, they could get a lump sum through a chit fund.

The concept behind a chit fund is that a person enters into an agreement along with other people (a specified number of trustworthy people) in a way that all of them shall subscribe to a certain amount of money through periodical instalments over a definite period of time..

When the person’s turn comes, either by claiming it himself or by some kind of auction he draws the amount of money he needs. By means of periodical installments over a time period, he must repay the money gained.

Chit funds companies that began by providing loans to traders and businessmen to help with their financial problems are now a regulated business. Chit funds are regulated under the Chit Funds Act, 1982.

Note that a chit fund can be formed only with the prior sanction of the state government otherwise you can get scammed.

How do Chit Funds work?

Why are Chit Funds Beneficial?

1. Easier Credit Access: The main aim of a chit fund is to provide easier credit access when much needed.

3. Nil Market Risk: It is a saving instrument that isn’t subjected to any market risk or volatility.

Chit funds are a popular savings option but are limited mostly to India. We don’t see any popular chit fund companies in any other part of the world. Some of the most famous and successful chit fund houses are:

What is a Mutual Fund?

Mutual funds are a universal saving and investment instrument. They allow thousands of people to come and invest under the same umbrella. They allow a person to invest in a fund along with thousands of other people, after the approval of SEBI. Since SEBI is a government ruled body, one can say that mutual funds are always trustworthy, unlike chit funds. They are regulated by the SEBI (Mutual Funds) Regulations, 1996.

How do Mutual Funds work?

Mutual funds pool in money from willing subscribers and issue units at the market value (called NAV) as on the date of investment. Mutual funds allow savings through systematic investment plan (SIP) as well as lump sum investments. It is the function of an Asset Management Company (AMC) to manage the funds collected from investors.

An AMC invests the funds in various securities based on the investment goals of a particular mutual fund scheme. Units of a mutual fund carry a market value as told above. That market value or NAV keeps on changing as per the market condition and this is what leads to the growth (or fall) of your investment amount.

When this market value goes up due to the change in market condition, your investment will grow. If the market value falls, then the investment amount will fall. An investor can choose between the regular dividend option and a growth option in a mutual fund.

If they choose the dividend option, the investor would receive regular dividends declared by the mutual fund. While if they choose the growth option, the investor does not receive any dividend. Remember that the growth plan offers higher NAV as compared to a dividend option. In both cases, investors can redeem or sell the units at the NAV as on the date of redemption.

(Read More: How to invest in mutual funds?)

Why are Mutual Funds Beneficial?

2. Small and Big investments: Mutual funds are convenient as they offer the option to invest a small amount multiple times through SIP or a big amount once though lump sum.

3. Complete Transparency: Mutual funds have to offer public disclosure of their financial performance under SEBI’s regulations.

Let’s read more about Mutual Funds vs Chit Funds and which one is a more suitable option for you: 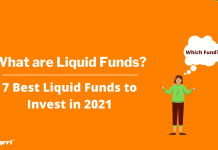 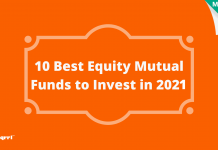 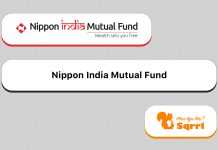