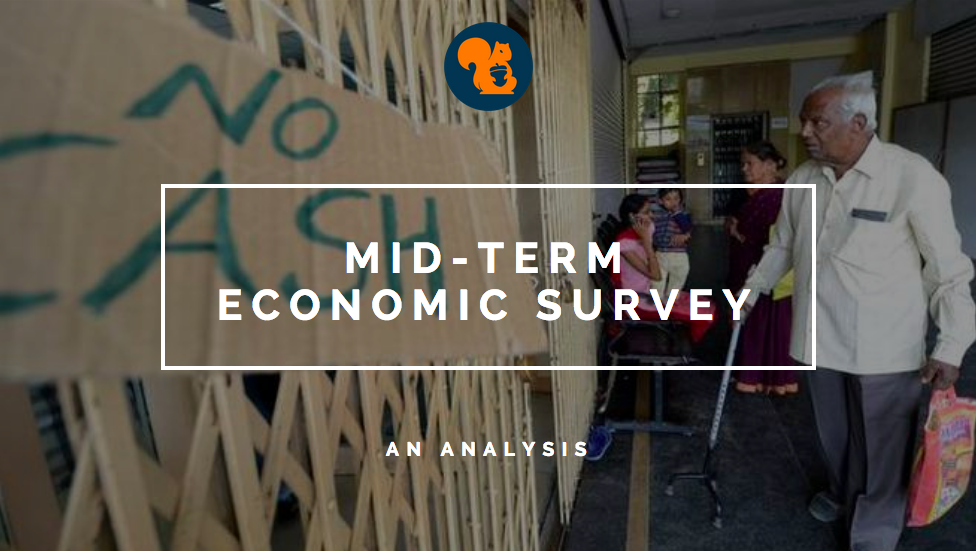 Before the Union Budget every year, the Government rolls out the economic survey. For those who’re aloof, it reviews the overall state of the economy in the past one year. Moreover, it highlights the policy initiatives of the ministry. It also includes the prospects of the economy in the short to medium term.

However, in August 2017, the Government did something different. It came out with a mid-term economic survey. Here, we’ve done an analysis of the survey – the aims it has achieved, and the targets missed since then:

After the Budget of 2017, the Government had predicted a growth rate of 6.75% to 7.5% in the present fiscal year. Although, as suggested by the mid-term, a slowdown in the first quarter meant that accomplishing the target would be tough. Despite snapping a five quarter slide, the GDP has risen up to 6.3 only. This clearly shows the slack nature of the economy. The Central Statistical Organisation has also predicted that the yearly GDP may fall to 6.5%, lowest in four years.

In the mid-term survey, “Chief Economic Advisor Arvind Subramanian had said that the inflation was expected to stay below the RBI’s 4% target through to the end of fiscal year.” As we know, inflation is a marker of the rising prices. Hence, it has always been a subject of disagreement for the Government. Also, the December retail inflation figures showed 5.1%, highest in 17 months. An increase in food and crude oil prices has caused this development.

For the newbies, fiscal deficit is the difference between the Government’s earnings and its expenditures. It was the target of our current Government to restrain fiscal deficit at 3.2% of GDP. However, it turned out to be an aim that it reiterated in the mid-term survey. In the following months, borrowings from the market summed up with poor revenue collection happened. These raised concerns of the Government getting into more debt than it had thought. Although, earlier this month, the Government lessened its borrowings from Rs. 50,000 crore to Rs. 20,000 crore. This did signal some improvements in this front.

The August survey also contained information in reference to key interest rates. It mentioned that there was a considerable scope for monetary policy easing. Although, the Reserve Bank of India has had distinct thoughts since that time. Owing to the rising inflation, the central bank has maintained the lending rate at 6%. In fact, the RBI and the Government have not had mutual ideas in this regard for quite some time now.

You need not get disheartened from all this, as there’s a good news for you. As far as the next financial year is concerned, analysts and rating agencies have predicted a recovery in the economy. According to various sources, the growth could be in the range of 7-7.5%. The Government and the analysts believe that the roll out of GST has more or less overcome the difficulties, and would now start bearing fruits.

All you have to do is keep faith!