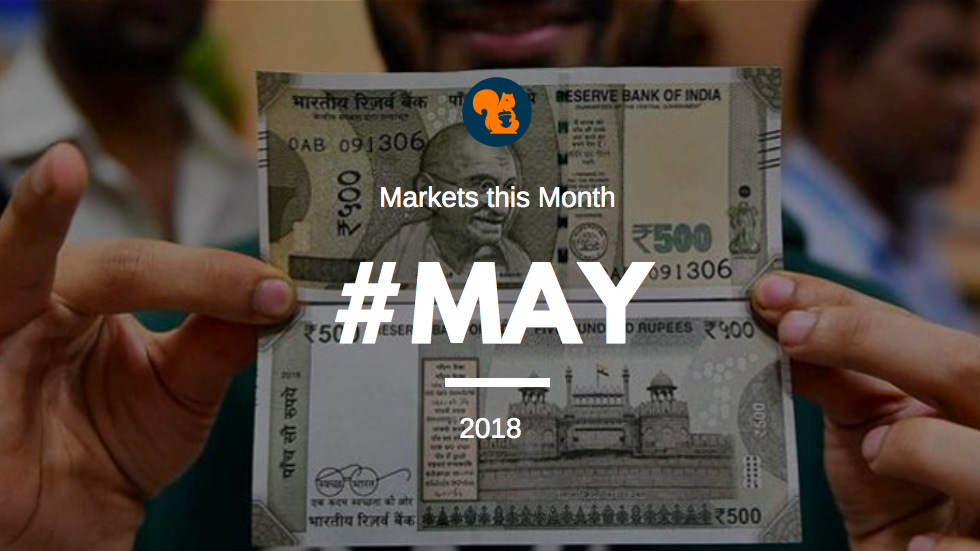 Indian markets remained flat during the month. The indices started on a volatile note as investor sentiment was primarily weighed down by caution ahead of key events including US monthly employment report, and talks between China and the US on their trade dispute.

In addition, investors remained cautious on the outcome of the US Federal Reserve (Fed) policy meeting. Domestically, the volatility was primarily due to uncertainty surrounding the outcome of Karnataka election. However, as weeks passed by market started to stablize with a rally in shares of oil & gas, banking, metal and FMCG firms. Sentiments were also supported as softer US inflation data eased fears of faster rate hikes by the Fed. However, the excitement did not last long with auditors resigning for some of the large companies raising concerns with respect to governance.

Further, Italy political instability along with the US President Donald Trump scraping Iran nuclear deal caused volatility in commodity prices particularly crude. This weighed on the Indian market. In the last week of the month, the market inched up due to its F&O expiry with a good show from HDFC twins where FII interest was significant. The month ended with a positive news with respect to the GDP numbers which indicated healthy growth for the economy. Other key highlights of the month are: