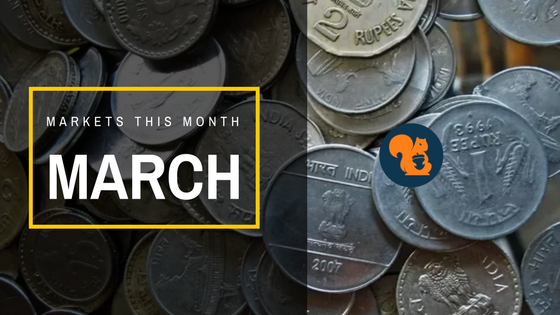 Indian markets continue to witness selling pressure as the global trade war intensifies and domestic underperformance coupled with political instability risk mounts. Nifty and Sensex fell 3.6 percent during the month in line with global peers. The decline was led by small and mid-cap companies that continued to underperform during the last month of fiscal 2017.

Market sentiment was primarily dented due to rising global concerns including trade war between the US and China. The decline intensified with the US Federal Reserve (Fed) raising interest rates and maintaining its view on further hikes during the year.

On the domestic front, disappointing current account deficit and trade deficit numbers weighed on the benchmarks.

Further, political concerns also took a toll on the market when the Telugu Desam Party decided to quit the National Democratic Alliance (NDA) and moved a no-confidence motion against the government.

Sentiments also weakened with the Reserve Bank of India (RBI) barring banks from issuing Letters of Undertaking (LoUs). Other key highlights of the month are: