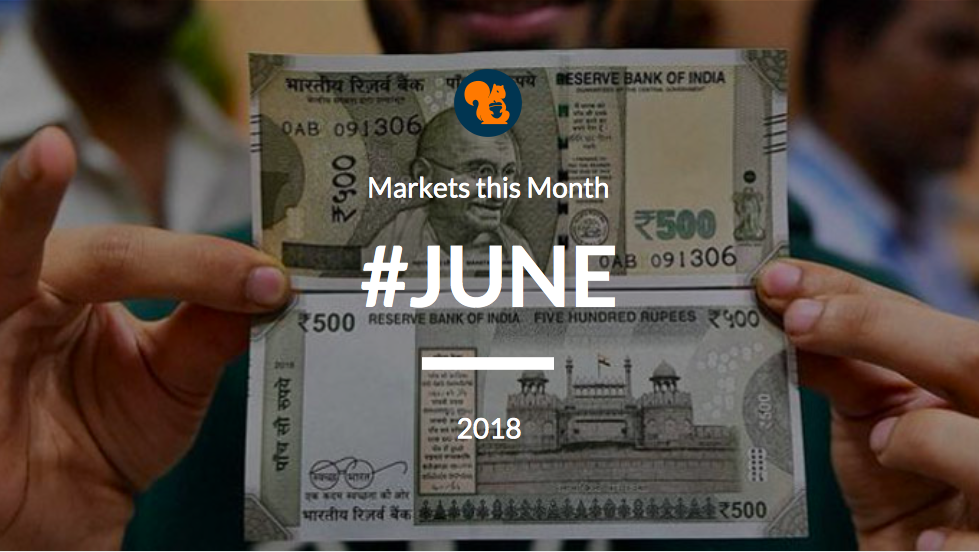 Indian markets remained flat during the month. The month got a boost after the RBI’s monetary policy committee unanimously voted to interest rate hike while maintaining a neutral stance. Sectorally, buying interest was seen in healthcare, metal, oil & gas, Information Technology, and automobile counters. This added to overall gain. However, owing to downbeat in the domestic services activity data and weakening rupee against the dollar, gains over the later week were constrained. Mid-month, the market rally continued with the institutional investors showing renewed buying interest in the beaten-down stocks that corrected sharply in the calendar year 2018. The rally remained controlled ahead of the Organization of the Petroleum Exporting Countries (OPEC) meeting to decide the roadmap for oil production output. Last week the market started to correct sharply due to the decision pertaining to OPEC. Other key highlights of the month are: