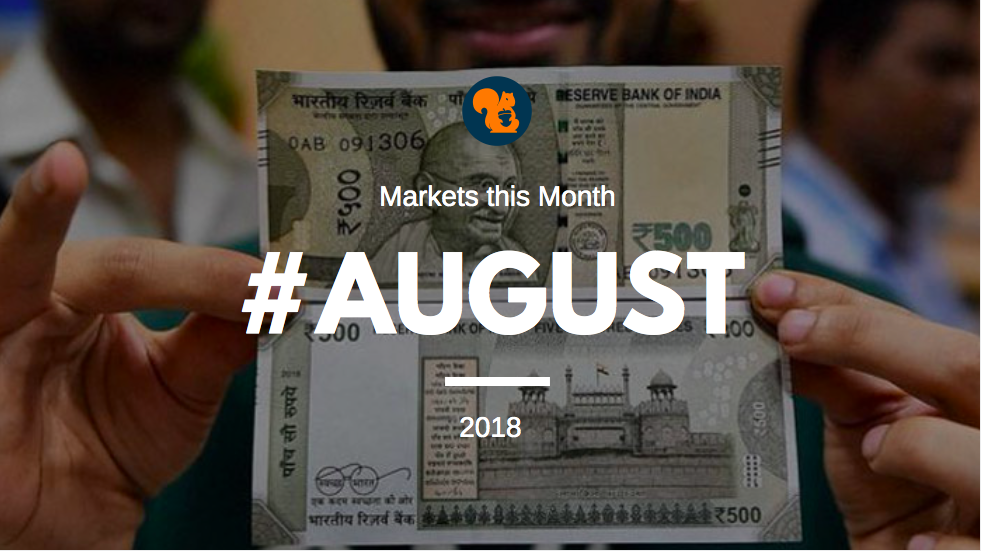 Indian equities advanced during the month with the S&P BSE Sensex and Nifty 50 rose nearly 3% each. The market was buoyed with optimism with respect to the trade talks between the US and China. Sectorally some of the counters that performed well include capital goods, power, healthcare, and metal. In addition, investors’ cheered the fall in the domestic inflation rate.
While the market continued to move north, some degree of correction was witnessed due to weakening rupee and the worries about the currency crisis in Turkey. Some of the other developments during the month are detailed as under:

Things to watch out for in August 2018 and its impact