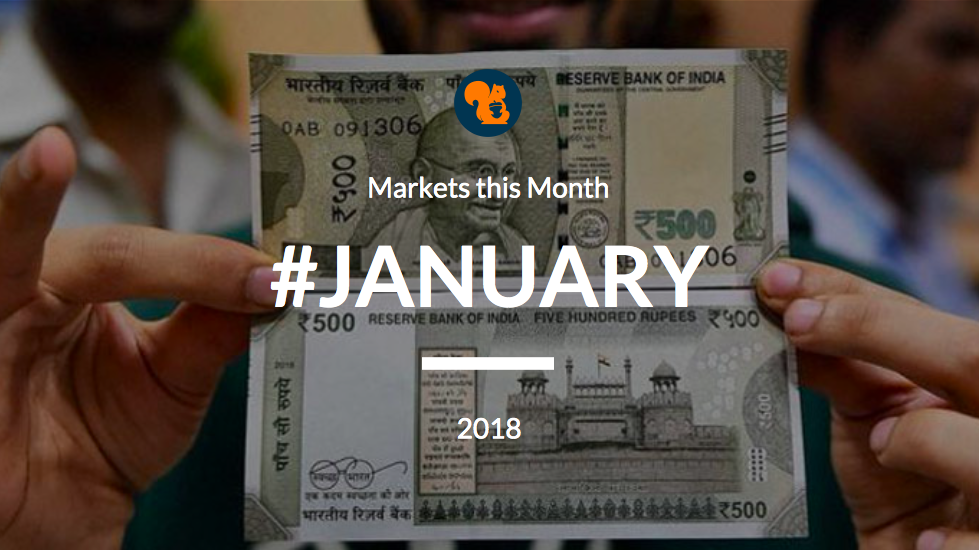 Indian market ended the first month of 2018 in green gaining over 5% month-on-month. The market advanced during the initial week to record fresh high on account of government announcing cut in its additional borrowing plan for the current fiscal by Rs 30,000 crore along with improving sentiments globally. Further, the support was provided by GST rate cut on over 80 goods and services by the GST Council. However, gradually selling pressure mounted on the small and mid-cap space with un-uncertainty growing around the budget. The profit booking continued for longer than expected thereby pulling down the initial gains during the month.

The finance minister announced on the execution of bank re-capitalization programme announced last year. The government announced the first phase with Rs 88,139 crore capital infusion in 20 public sector banks (PSBs) during the current fiscal with State Bank of India getting close to 10% of the pie
The government is mulling increasing foreign investment limits in private sector banks to 100% from 74% at present.

National Investment and Infrastructure Fund (NIIF) has partnered with UAE-based DP World to create an investment platform for ports, terminals, transportation and logistics businesses in India.

PFRDA allowed partial withdrawal under the National Pension System (NPS) for the purchase of residential premises, treatment of critical illness, higher education and marriage of children.

Things to watch out for January 2018 and its impact

RBI Policy meet– Central bank, during Sixth Bi-monthly Monetary Policy Statement, is expected to maintain its status quo given GDP growth numbers are healthy and inflation is moderately within comfortable limits. However, any rate cut could cheer the market.

GDP and Infrastructure data– February would see annual GDP data which if better than market expectation will cheer the market.