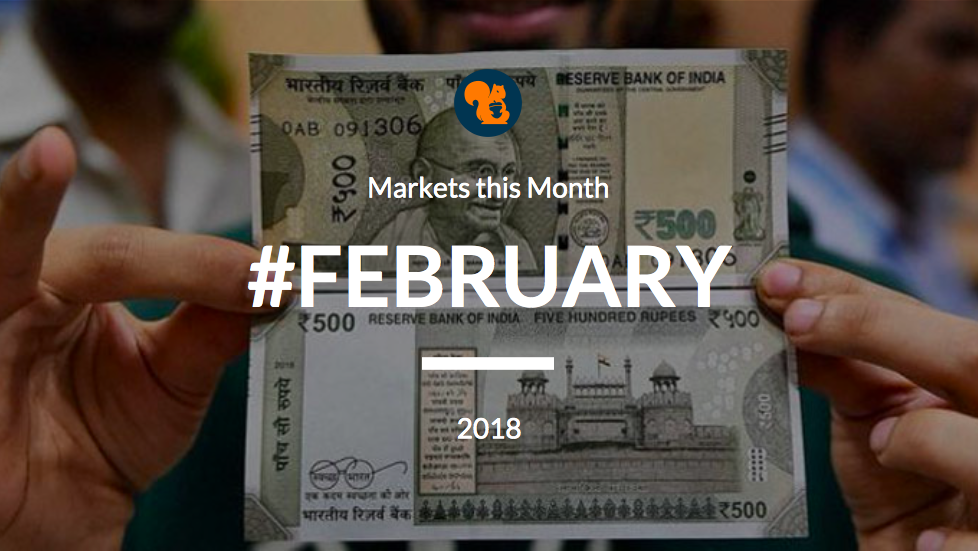 The BSE benchmark index and the NSE Nifty 50 fell by nearly 5% during the month. The market fall started with the announcement of the budget on February 1, 2018, whereby the government reintroduced Long Term Capital Gain (LTCG) Tax. The fall multiplied during the course of the month on account of global cues where the US Fed chair hinted on raising interest rate which could see pull out from equities to the debt market.

Other news during the month that impacted the market are detailed as under:

Lastly, the government released GDP data whereby India replaced China as world’s fastest growing economy with growth at 7.2% in Q3. However, the news could not bring much cheer to the market with the overall index closing in red for the month. The sentiments’ remained weak particularly due to global cues surrounding the interest rate.