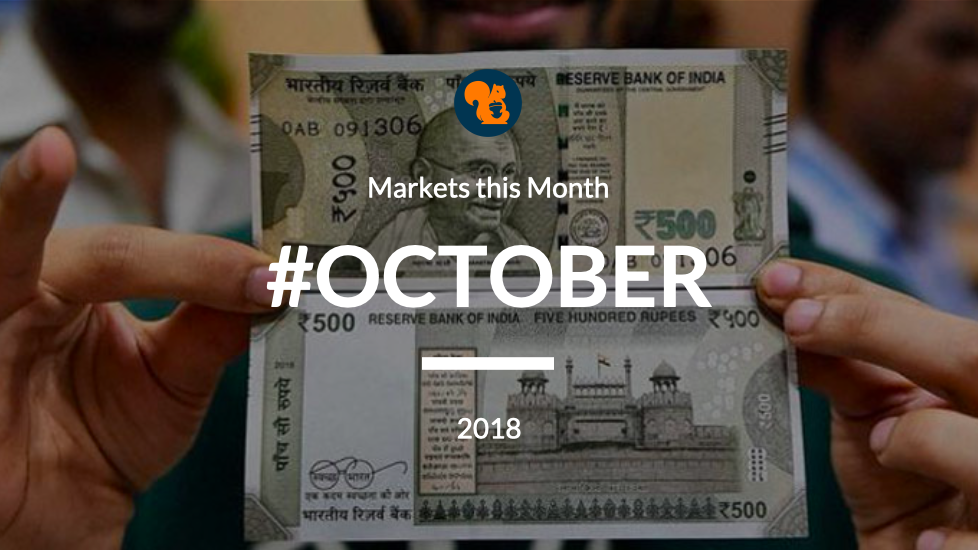 Highlights during the month

Markets this time witnessed one of the worst Octobers. in nearly a decade. Historically, October is considered worst for bulls and the month has previously witnessed some of the biggest crashes, namely – October 2008, October 1987 and October 1929.

Indian equities ended in the red for October, with domestic events weighing on the investor’s sentiments. Which were dented with the sharp decline in rupee and rising crude oil prices. Also, the sentiments around liquidity in the financial services sector remained the essential flavour of the month. The market continued to discount the fact that one of the largest NBFCs defaulted in the payment of interest, on its commercial paper borrowing.

Some of the other developments during the month are detailed as under:

Things to watch out for, in November 2018