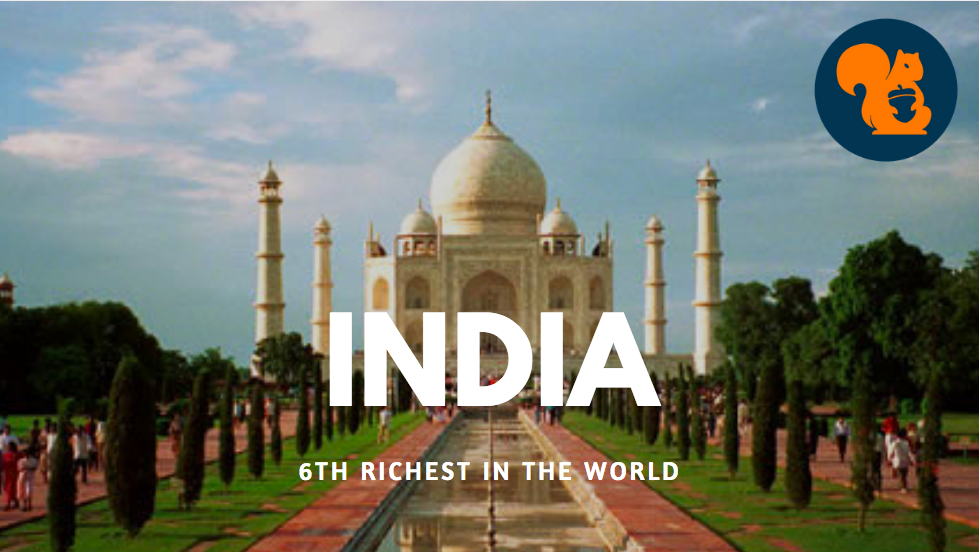 A report by New World Wealth finally gave all of us a reason to be proud! Our country stands sixth in the list of richest countries. The total wealth of India is $8,230 billion. Moreover, United States stood up to be a victorious first in the list, being the wealthiest country in the world. Total wealth of United states was counted to be $64,584 billion, in 2017.

You could say it means that India is finally regaining its position among top countries. Also, you would be curious to know that how is the total wealth calculated? Total wealth of a country, refers to the personal wealth held by all the people living in the country. It includes all their assets(cash, property, equities, business interests) less any liabilities. However, the reports do not include the Government’s fund in its figures.

The report additionally mentioned some more details about India. Our country is home to 3,30,400 HNWIs. HNWIs, or High Net Worth Individuals, are those individuals who hold $1 million or more in total assets.

On an international level, India secured the 9th position in this aspect. Moreover, the US again bagged the 1st position with 50,47,400 HNWIs. India stood 7th globally, in being home to multi-millionaires, with a total count of 20,730 multi-millionaires. Moreover, in terms of resident billionaires, India was named among the top three countries globally. After US and China, India proudly stood third with 119 billionaires. For the information, A billionaire is defined as an individual with $1 billion or more in net assets.

Overall, it had been a good year for all W10 (wealthiest 10) market. Here, the credit goes to strong global stock market gains. Some say India owes this to our current PM Modi, while some just prefer to not give anyone credit and enjoy India’s success. For us, it is a good news that our country is shining globally. Let’s be proud!