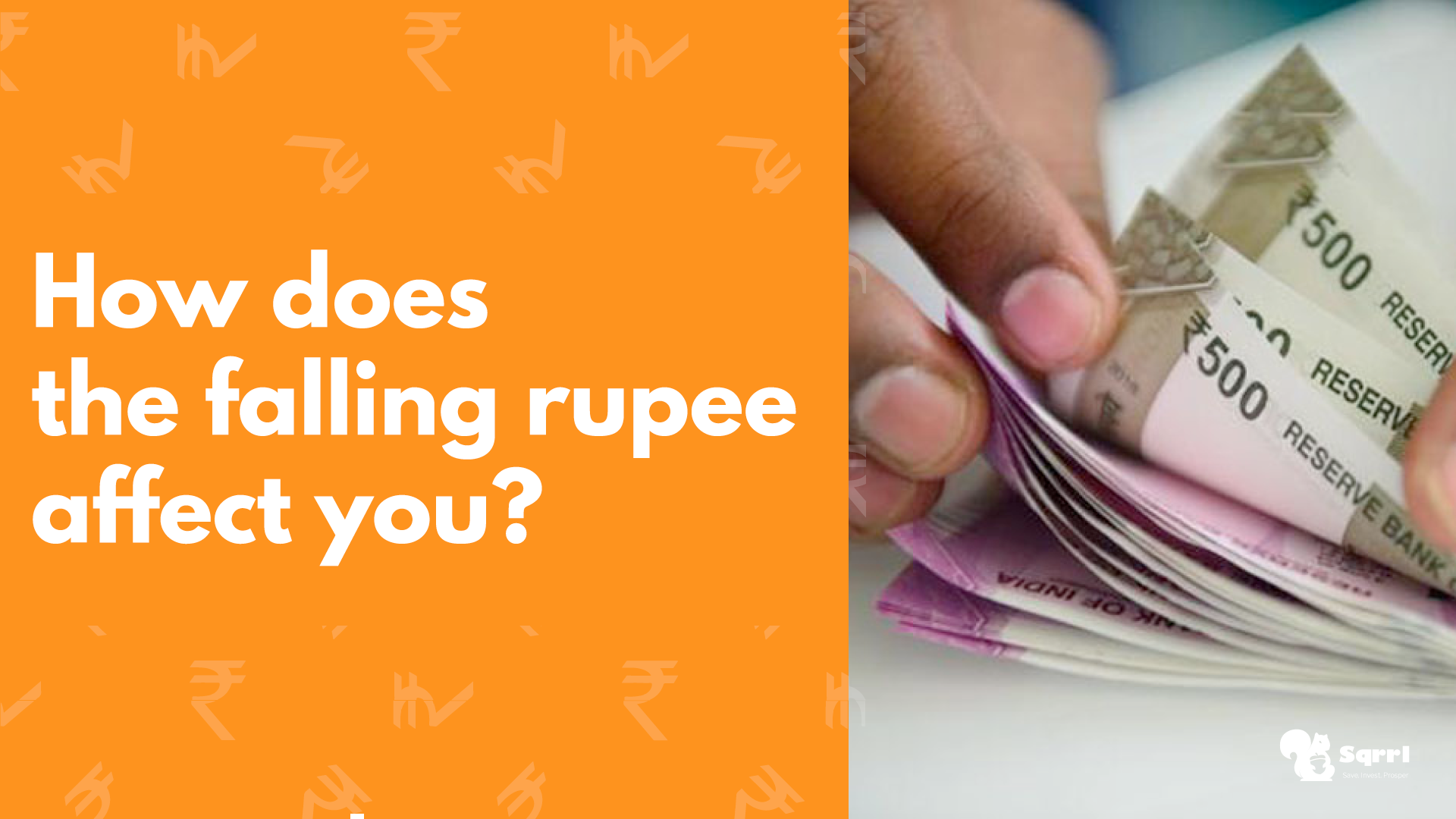 To take the example of our Indian rupee, it was exactly equal to the US dollar in 1947 when we became independent. So a rupee was equivalent to just 1 US dollar. Fast forward to the 60s, the decade when the Government of the day devalued the Indian rupee.

The exchange rate chosen was 7.5 which meant every US dollar was equivalent to 7.5 Indian rupees.

While it is impossible always to pinpoint the exact reason for any economic event, we can safely list at least two events which seem to have caused this sharp decline in the value of the rupee.

1. We still have many dependencies on oil imports, being the third largest crude oil importer in the world. Changes in the price of crude affect our currency payments balance. Because the fuel subsidy has been gradually reduced, this impact is therefore magnified further.

2. We still import way more than we export, although we do have so many world-class products and services in India. This requirement of dollars for our rising import bill weakens the rupee further.

Does a Falling Rupee Impact The Common Man?

This has led to a lot of heartburn, debate and discussion among everyone who takes more than a passing interest in the state of the Indian economy.

However, there is often a world of difference between the arcane world of economists and the everyday world of the regular citizen. The value of economic terms like GDP, inflation and devaluation might have a very different impact on an ordinary citizen’s life, compared to what the textbooks predict. The falling rupee also has very different effects on the lives of ordinary citizens.

Let us try and understand some of those impacts:

The Cons of the Falling Rupee

Because a slide in the value of the rupee is usually met with many brouhahas, let us start with the negative impacts of the falling rupee. When the rupee falls against the dollar what it means that every dollar becomes worth some more rupees than it earlier was. So rupee falling to 71 from 65 means that earlier a dollar was worth 65 Indian rupees, but now it is worth 71 rupees.

If you are an entrepreneur or factory owner who needs to import some goods, machinery or raw materials, then the amount of stuff you got for a certain number of rupees will suddenly cost more rupees. You have two choices – to absorb the increase and see lower profits, or pass on the increased input costs to the customers and risk losing business volumes. Either way, it is not a desirable scenario. How does he shield himself from these ill effects? He can defer the import if it doesn’t hamper his production cycle.

If you are a person who is undergoing treatment at a hospital and the injections and medicines you are taking are imported from a different country, then the cost of your medication will go up. The only solution then is to look for cheaper alternatives which have similar formulations but are produced indigenously.

Foreign travel is something that is heavily impacted by the falling rupee. The cost of your hotel room, local conveyance and the food you buy would all become costlier. The situation can be retrieved somewhat if you have traveller’s cheques purchased earlier when the rupee was at lower rates. However, otherwise, whether through a currency exchange or by use of international debit/credit cards, you stand to spend more to get the same amount of dollars or Euros.

A trip to a foreign travel is optional and can be deferred. However, those who have gone abroad for 3-4 or more years to complete an educational course are hit badly. The two biggest components of the expenses of such students are tuition fees and the living expenses. Both these would need more Indian rupees when the rupees goes into a free fall. The problem with these expenses is that they cannot be deferred and usually involve the last date. Even paying fees in advance (when the rupee is stronger) might not be an option, because the University might not accept advance fees and getting the increased amount together might be difficult.

There are some indirect effects on the common man as well. India is still an importer of fuel, and the rise in the dollar would make this import bill rise. Fuel subsidy given by the government could neutralise some of it, but a part of it would need to be passed on to the customer. When the prices of petrol and especially diesel rise, it has a staggered effect on the prices of essential commodities, primarily because the transportation costs increase. When this happens, most households tweak their consumption patterns and consume less of those commodities whose prices have gone up.

Another indirect impact of a reduced exchange rate occurs on the stock markets. The negative emotions surrounding a drop in the value of the rupee often translate into some panic selling at the bourse. Which leads to drops in the share indices. There are two things to keep in mind here.

The Pros of the falling rupee

There is a general sense of despondency and gloom that accompanies a drop in the value of the rupee. Such a drop is an indirect indicator of the relative weakening of our economy and therefore our currency, yet it is also true that such a fall often has several beneficial outcomes as well.

Just like it is bad news for importers, a dropping rupee is a music to the ears of manufacturers or traders who export goods and services out of India. Every item that is exported would now fetch more Indian rupees.

2. Sending Money Back to India

Millions of Indians live outside India to work and earn money. They remit some amount of money every month, or at regular intervals, to the family, they have left behind. A falling rupee would ensure that the same amount of dollars remitted would convert to a greater value of Indian rupees for the family.

3. Lower Rates of Interest on Loans

Apart from regular remittances for household expenses, many NRIs also use certain financial jugglery to earn more money. They take loans in dollars and then remit the money to India to be invested. They take advantage of the lower rates of interest on their loans compared to the rates of returns on their Indian investments. This would also benefit from the falling rupee because the value of their remitted amounts would give higher Indian rupees.

Finally, many investors in India invest in equity funds in foreign markets. The value of these investments would get an upward push due to the fall in the value of the rupee.

Like most situations, there are both advantages and disadvantages of the rupee losing value compared to the dollar. In spite of this, a falling rupee is usually viewed with more skepticism than optimism by the general population.

This negative emotion has a rollover effect on other indicators like the stock market. It is up to us to make the best use of the situation. And be better prepared for the next such downturn.