Wishing a very Happy Children’s Day to the little ones out there (and also the grown-ups that are no less than kids!). I think that every kid waits for this day round the year (it’s their day after all). You must be wondering, why am I so excited about Children’s Day this year.

Well to answer your question, I would say, two very small reasons (yes, let’s call them reasons). One of them is 7 years old and the other one is 9 years old. So, my 2 little kids are the reason why I have started enjoying occasions like today so much more. But of course, the definition of happiness has changed drastically from when we were growing up. All it took was chocolates or a children’s day excursion for us to feel like we were on cloud nine but the generation at hand is far more evolved, looking for exotic experiences, their toys and gifts deeply tech-enabled.

As a parent, one of the things that all of us aspire for, is to instill the right values in our children so that they can manage and make right choices from whatever life throws at them.

One of the things that I have been passionate about after becoming a dad, is teaching my little ones the importance of money. I strongly feel that while we are pushing our kids to learn physics, chemistry and biology, we are depriving them of what I feel is the most important skill set of the 21st century, which is managing money.

This insight itself is what led me to launch a venture in 2016 called “Sqrrl” Fintech. The intent at Sqrrl has been to improve people’s relationship with money. Creating awareness, simplifying the jargonised (is that even a word?) world of finance, talking fewer numbers but more emotions is what we have endeavored to do. Enough about Sqrrl, let’s cut forward to the issue at hand.

So living in a metro with all the digital and other influences that kids grow up with these days, I had to face the same challenges as all other parents. How do you instil the value of money in children, that too from early days?

This is where I used Sqrrl to my advantage. To be fair, I must thank two of my friends in particular who prodded me to write and share this story.

It started about a year ago when my 8 year old (then), started to demand a PlayStation. I was confused (and a bit surprised, maybe?). As any parent would be, I was stuck in a bit of a dilemma as to what to do. Obviously, I could not give such a big gift to him instantly. A solid gift of Rs. 35,000 for an 8-year-old’s recreation seems like an unfair deal, doesn’t it? And to be honest, it is not even about the money as most of the parents would understand, rather it’s about the values we try to instill in our kids. As a dad, I would always want the best for him (he might not always agree with that but that’s the drill as we know haha).

So I fell into deep thought about how to deal with my little boy’s demand and that too in such a way that he gets what he wants but I also get what I want out of it. After thinking for a long time, I realized the solution had been with me all along. Yes, the resolution to my perils lay in own hands. So I used Sqrrl to help me with my kid’s financial (and life) lessons. You must be wondering how? Two words – Setting Goals. Well, if you are not aware of our product then let me explain this feature of ours a bit. Basically, setting a goal means that you set a certain sum of money as your financial target and then the app calculates your monthly investment in reverse which means that you are supposed to invest that sum every month. The monies are invested in mutual funds. One is able to monitor the journey as they go along and the app prods you to keep you on track to achieve your goal.

It was after some hand-holding from our end (must give credit where it is due, my better half did all the hand holding) and some brain work that we came to meet in the middle about their allowances and other financial callings. But I am glad to tell you, it happened.

So, this began his year-long journey in the app. Now, I am sure you all are wondering how would he get the money to pay for the monthly installments? We came up with a solution for that. We devised a system wherein he would get “Stars” for doing household chores like cleaning his bedroom, waking up early in the morning or helping his mum in the kitchen. Every task that he successfully finished will give him certain no. of Stars and every Star would be equivalent to Rs. 100. For example, waking up on time would give him 1 Star daily which means Rs. 100 earned. There was a chart paper out in the room which kept a tally of how many Stars he had earned on a daily basis. Eventually the system became popular and my younger one also joined the bandwagon. He too, set up his goals on Sqrrl. Watching these kids doing all the chores (along with the math) made us immensely happy.

The elder one started saving for his Rs. 35,000 PlayStation 4. The good bit is that he ended up over-saving by the end of the stipulated time because the funds which Sqrrl recommended generated some returns. They outperformed in comparison to the market expectations which led him to accumulate a neat kitty of around Rs. 42,000.

This entire initiative has taught my kids a few crucial life lessons. Here is what we feel their key takeaways from this financial experience have been:

1. Delayed gratification: I feel that in today’s time the world has become such that everybody wants everything instantly. Unlike our childhood, wherein we had to wait patiently for our parents to buy us the stuff we wanted … the kids in today’s time get everything instantly. This cycle of immediate gratification is both addictive and destructive. Enters, the concept of “delayed gratification”! Waiting patiently for your favourite ice-cream, or toy and the joy you get once you receive it after a certain amount of waiting period would be nothing like the former case. That emotion is priceless and that’s what I felt my kiddo learnt in this whole process of earning, saving and investing for reaching his goal.
2. Sense of responsibility and ownership: “Dad, I earned this for myself” were the first words of my little boy when he reached the monetary equivalent of his goal. This sense of ownership that comes out of working hard in order to get stuff is something that my kid learnt after this one year. Along with this sense of ownership, he has also developed a sense of responsibility for accomplishing his own tasks and duties. He knows that he has responsibilities to fulfill and some hard work to do if he wants to get to wherever he aims to reach.
3. The early bird gets the worm: This clichéd saying needs to get due credit for its truthfulness. There is no doubt about how the earlier you start in life, the better. Especially in investment and saving, the earlier you start investing, the more time you have for wealth accumulation. Thus, my little boy knows now (so early on in life, phew) that he needs to start working ASAP in life if he wants to reach his goals faster. I am happy that he has got his lesson well on time.
4. A small sum accumulates to a big amount always: Well, this one is a classic, to be honest. He learnt that a small sum invested every month gave him a great result in the end. The golden rule of investment has always been that small amounts when invested over a long period of time result in wealth accumulation. This was his final lesson.

He got the gift he wanted and we got what we wanted out of the whole bargain. The goals obviously included his beloved PS4 (as stated in my example above) along with a Lego Robot. I hope the both of them (the younger one also joined later, remember?) got all the lessons we wished for them to learn from this enterprise (hopefully, along with a few more that they must have kept a secret from me in their tiny minds). This journey has been eye-opening for me, both as a parent and as an owner of the app. The kind of financial empowerment I wished to provide to people is being realized, something I felt in my own kin. I am happy to say that this was my small gift to my children on Children’s Day. 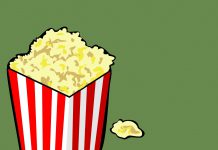