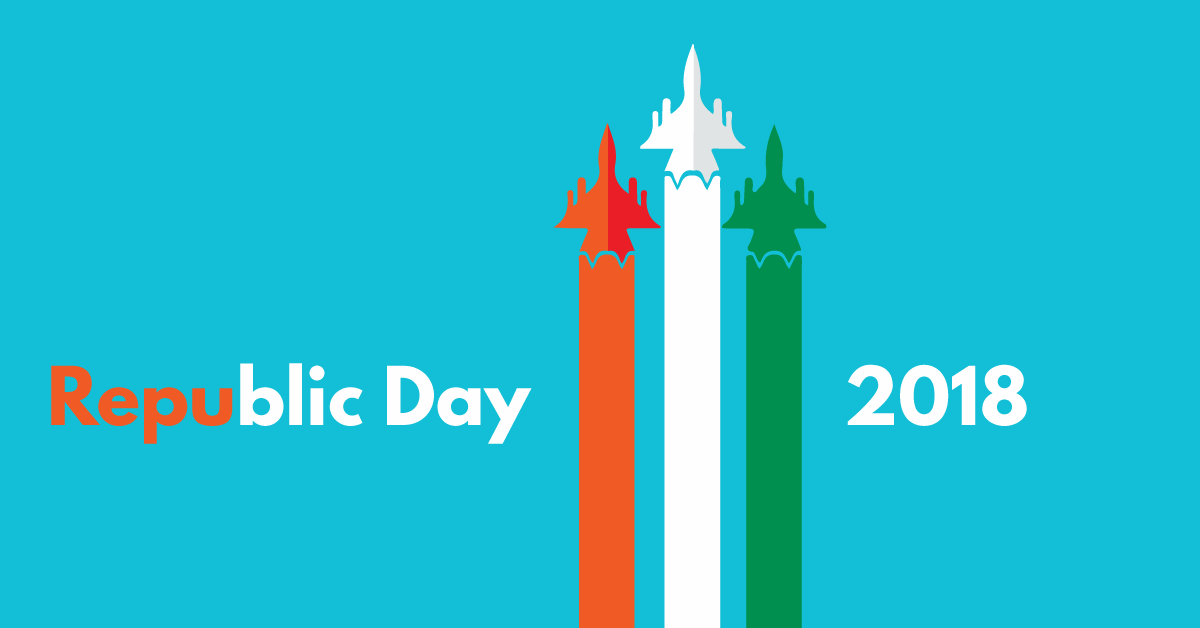 Today, as you read this, India gloriously celebrates its glorious 69th republic day. On this same day, 68 years ago in 1950, the Constitution of India came into effect. This constitution gave India’s citizens the power to govern themselves by choosing their own government.  Your country, my country, our country, was declared a republic.

This day, for sure, evokes patriotism.

You feel proud to be a part of this Incredible India. For most of you, this day has one predefined schedule. Remain glued to the television to witness the parade in action on Doordarshan. For some, it is just another holiday, to complete their sleep. They say, “the future of a country is determined by its youth.” If we compare, there is a huge difference between the youth then, and the youth now. The former had dissimilar dreams. They didn’t dream to have a career, to achieve financial success. They just wanted to earn enough to make their ends meet, and that satisfied them. Almost all the women, did house chores and were content with their family’s economy. It’s not that their life didn’t have a purpose, it’s just that it was quite contrary to the present situations. They felt proud of their country, and were filled with zeal, wanting and making India succeed, but in a different way.

Coming to the latter, today’s youth.

A sentiment crosses their mind too, when they see a kid selling flags, before the Republic Day. The pride they feel when someone asks them their native country, while they’re working abroad. You could say that this patriotism is felt only on 26th January and 15th August, for the rest days, the youth doesn’t care! No. That is where you are wrong.

Today’s youth doesn’t boast about its love for India, it proves it. If you look at all the development that has happened in India over the decades, you’ll realise, that’s the way they show that they love their country.

Take a moment and look around. Today, we have a great infrastructure and a steady economy. We have better access to education and healthcare services. We have better facilities in every sphere. Isn’t this enough to show that the Youth respects our country, and whole-heartedly wants it to progress! In return, the Youth demands liberation.

They want freedom. Freedom of expression, so that they can both criticize India if it goes wrong, and also applaud their country when needed. They want independence in choosing their career and their profession. They are focused and determined to pursue their passion. And for once think, isn’t this going to make India successful? The Youth defines the country. India would be victorious only and only if they are!

Republic Day comes by every year. You switch on the TV, rejoice on your day off. Is there anything else that’s common in all these years?

Yes. Your vehemence to attain financial success. You are a part of today’s youth. You do not want to settle with less at your office or your business. You work with zeal, giving all your efforts to the task allotted to you. You want to be secure and financially stable. Irrespective of your gender, you want to contribute in your family’s economy, fulfilling its needs. You want to be the best at your workplace.

Did you still not realise the progress our country has made? It’s not only in the urbanisation, it’s also in our line of thoughts. With each passing Republic Day, we have advanced towards a better country. With better minds and better people. So, yes, you can take a moment to be proud of yourself and your country!

And, if anybody asks, what does republic day mean to you?
Everything Rabindranath Tagore has quoted in his poem,