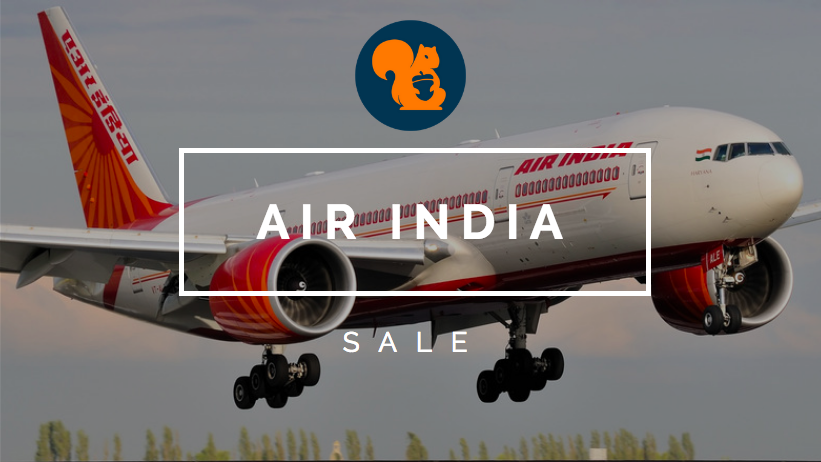 India will break up its debt-burdened flag carrier into four distinct firms. It would also offer to sell at least 51 percent in each of them as part of a disinvestment put forward by Prime Minister Narendra Modi. The chief airline business consisting of Air India and Air India Express – the low cost overseas arm -would be offered as one company. Junior Aviation Minister Jayant Sinha has confirmed in an interview that the process would be completed by the end of 2018. Also, Its regional arm, ground handling, and engineering operations would be sold independently in the same procedure.

Modi necessarily needs a successful sale of Air India – with 790 crores in arrears, five subsidiaries and a joint venture, and a united workforce of 27,000 people. He needs it because he wants to exhibit his credentials as a reformist trying to steer the state away from running businesses. The airline, which is sustaining on a taxpayer-funded bailout, has strained government fiscal for decades now.

“The aviation sector is a very fast growing sector, with really exciting opportunities for all participants, so we felt all of this will unlock growth and competitiveness of Air India group. We expect it to be a very bright future for its employees.” Sinha said.

Finance Minister Arun Jaitley said last year that money exhausted on Air India could have been used for better purposes, such as education.

Sinha refused to name potential bidders but quoted that management control will be retained by local investors. The government changed foreign investment rules last week, consenting foreign airlines to own as much as 49 percent of Air India. He also said that the Investors’ interest will be pursued by end of this month with details on Air India’s core and non-core debt and assets.

The ministry will combine most of the non-core debt owed by the carrier to its own balance sheet. Moreover, borrowings connected to the main operations will be retained by the unit on offer. “A so-called special purpose vehicle will hold the unsustainable debt of the airline and the government is making “every effort” to protect employees.” So, all in all, total care is being taken of the employees, so that they do not have to face unemployment and other issued. But the fact that Air India has made no profits since 2007 can’t be ignored.

The company made an operating profitable of about 1 billion rupees in the year through March 2016, mainly because of a sink in oil prices. It still posted a net loss of 38.4 billion rupees. India is one of the fastest growing aviation market. Although, it may not sustain the present 15-20 percent growth in the long run, but will enlarge at about 12 percent p/a. To manage the rush of passengers, India will require investments of as much as 4 trillion rupees. There is a need to expand and build new airports over the next decade-and-a-half, with the major portion of the money coming from the private sector.

Carriers in India are wanting to order over 1000 new planes. Also, The government is all set to implement new airports in the two metro cities Mumbai and Delhi. In the short-term, improving infrastructure at nearby airports to handle the surge.

Our app is amazing!

Vidit Asked us:
How is Sqrrl better than recurring deposit?

So we told her:

Sqrrl makes savings easy fun and effortless. We believe it is more important to start rather than waiting for the best to walk past you. We encourage you to start the journey, experience it and see it for yourself.