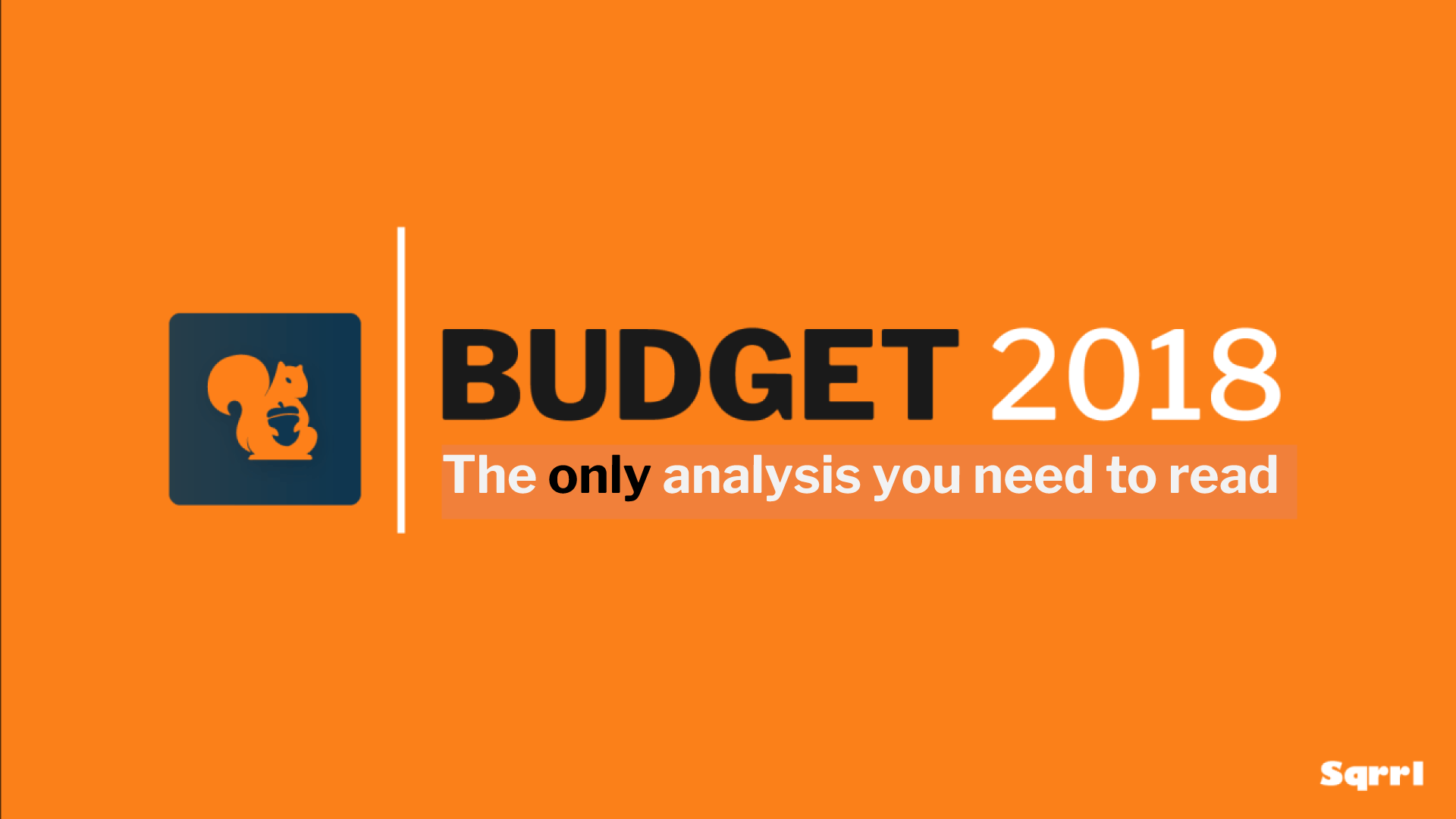 The much awaited budget finally rolled out!

Farmers, rural India and healthcare were the prime focus of Budget 2018 while the hopes of middle class were crushed.

Here are the most important updates from the Finance Budget 2018.

Government promised farmers a minimum support price of 1.5 times the cost of production. This step was taken with an aim to generate higher farm income. Moreover, to help the allied sectors grow, facilities of Kisan credit card is extended to sectors such as fisheries and animal husbandry. All this is done while making an additional outlay of Rs 10,000 crore each for Fisheries and Aquaculture Development Fund and Animal Husbandry Infra Fund.

The credit target set for the sector was also increased by 30% from current Rs 8.5 lakh crore. If this actually happens, it will improve the structure of rural economy in India. Additionally, the government announced multiple measures such as new LPG connections for poor women, scheme for power connection, housing for all, schemes for creation of livelihood in rural areas. Clearly, eradication of poverty is a vivid goal.

Government aims to increase digital intensity in the sector. Hence, it allocated a whooping Rs. 1 lakh crore for strengthening and upgradation of education sector. Another target is to shift from black board to digital board in schools by 2022. For the higher education, particularly, PM research fellows is announced, under which 1000 BTech students will be identified and provided with facilities to do PHDs in IIT and IISc.

Moving to the healthcare sector, the ministry announced the world’s largest healthcare programme for half a billion of country’s poorest citizens. Under the scheme each family would be entitled to up to Rs. 5 lakh every year for secondary and tertiary care hospitalization. The plan, also dubbed as “NaMoCare” by BJP president Amit Shah is one of the its type for the rural sector.

Given the difficulties faced by small businesses at the time of demonetisation and GST, FM provided much needed relief with outlay of Rs 3,794 crore for capital support and interest subsidy. Corporate tax was reduced to 25% for companies with less than Rs 250 crore turnover.

In the infrastructure space, we know that an investment of Rs 50 lakh crore would also be less for the country. Hence, the government picked 99 cities out of 100 smart cities targeted with an outlay of over Rs 2 Lakh crore. Additionally, the government earmarked Rs 5.35 lakh crore to develop 35,000 KM under phase 1 of the Bharatmala project.

Railway funds were also increased by over 15% from Rs 1.31 lakh crore last year. This was basically done to eliminate unmanned railway crossing and installing escalators, WiFi and CCTV camera. One of the attractions was allocation to rail and metro network in Mumbai and Bangalore at a total cost of Rs 45,000 crore.

The government announced that large companies need to meet 25% debt from bond market. This could aid in enhancing upliftment of bond market in market. Moreover, the government surprisingly brought back the Long-Term Capital Gains tax (LTCG) where income exceeding Rs 1 Lakh from LTCG will be taxed at 10% without indexing. The short-term capital tax remains unchanged at 15%.

However, in personal income tax, Jaitley didn’t meet the expectations. A standard deduction of Rs 40,000 was allowed for transport, medical reimbursement for salaried tax payers while there was an increase in education cess from 3 pc by 1 percentage point. Incentives for Senior citizen were announced with interest income exemption increasing to five times the current limit of Rs 10,000. Additionally, the medical insurance exemption was increased to Rs 50,000 per annum.

One of the most perennial question asked by a common man after every budget is in relation to what is getting costlier and what is getting cheaper. The FM has done a good job to provide a boost to Make in India by increasing custom duty on mobile handsets, cars and motorcycles, fruit juices, perfumes and footwear. Also, vividly, it provided boost for farmers and brunt for market players.

The budget very well considered the upcoming elections in eight states this year along with the Lok Sabha general election, next year. Here, Finance Minister Arun Jaitley did a commendable job when it came to ensuring that the vote bank for states going into election and general election is secured.

However, all this didn’t come for free and has increased the fiscal deficit. Furthermore, the ministry did take away sops from the salaried class by providing a minimal consolation prize of Rs 40,000 in form of standard deduction against travel and medical expenses. This move gave Jaitley the strength to pledge to keep fiscal deficit at 3.3% in fiscal 2019 with an improvement from currently estimated 3.5% of GDP in fiscal 2018.

In a nutshell, the ministry is setting up the foundation of next year’s elections. It rolled out world’s largest healthcare program, and reached out to the poor population and job seekers. However, the middle class yet feels ignored. Will this budget continue the “Sabka saath Sabka vikas” image of PM Modi? Only time can tell!

With 2018 already underway and even the finance budget out, it’s time for you to plan your finances and savings. Failing to plan is planning to save. Our app is designed to help all people invest, regardless of whether you have an intricate knowledge of investments or not. Setting up a SIP, or setting up a future investment like planning a vacation, retirement fund, etc. can be done with Sqrrl in minutes.