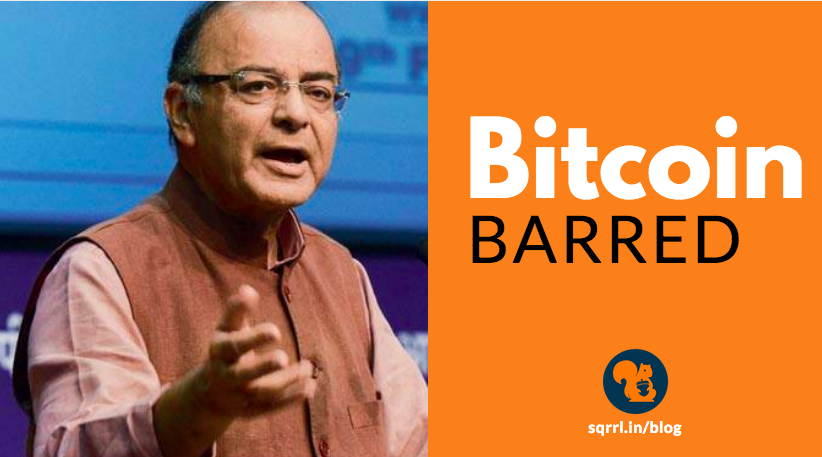 ? Cool Title but what is the news?

An alarming news to all those whose money is invested in the cryptocurrency. The Government has set up a panel to look into the matters and problems related to the cryptocurrency. The panel is is expected to submit its report in the current financial year, which is ending on 31st March. This information was provided by  S.C. Garg, Economic Affairs Secretary. The ministry is India is devising steps to make sure that cryptocurrency (s) are illegal within its payments system.

According to a finance ministry official, a regulator has been appointed to oversee unregulated exchanges that trade in “cryptocurrency assets”. Moreover, the Government is all set to take up strict steps to declare it illegal as a payment system. This news came out at a post-budget event telecast by the news channel. He added that trading of “cryptocurrency assets” at the unregulated exchanges would be regulated. It has been a stormy week for cryptocurrencies across the globe. While China has blocked crypto exchanges, U.S. banks are steadily declining cryptocurrency purchases. Hence, India is rapidly taking steps in the direction of eradication of crypto currencies.

The Government has already stated Bitcoins as illegal. Clearly, the government does not consider the cryptocurrencies as legal tenders. It will take all measures to abolish use of cryptocurrency assets in financing illegitimate activities or as part of payment system. This information was shared by our Finance Minister Arun Jaitley, when he rolled out the annual budget last week. The Government has never really been supportive of such currencies, but now it has clearly taken a step up against it. For all those who are allured by the easy returns of cryptocurrencies, this is not a good sign.

It is not the first time that our Government has raised its voice in this matter. The Indian government has issued repeated warnings against digital currency investments, saying these were like “Ponzi schemes” that offer unusually high returns to early investors. However currently there are no restrictions and the count is escalating. The Industry is estimated to be adding 2,00,000 users in India every month. Ajeet Khurana, president of Block Chain and Cryptocurrency Committee, an industry body, said the decision to regulate cryptocurrency exchanges was good news.

Hence, it is better to invest your hard earned money in safe hands, rather than an industry that can shut down any day. Online Mutual funds apps, like Sqrrl, offer great returns on your money. So, instead of risking your valuable money in this blind race, take a sensible decision. You’ve sacrificed so much for that money, after all!