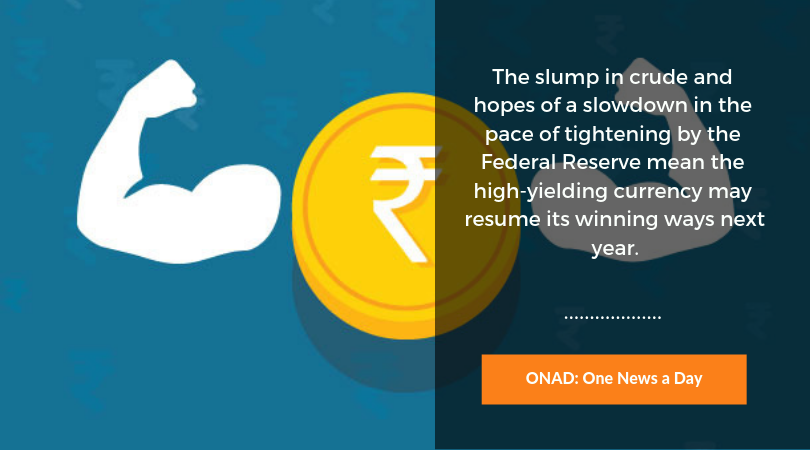 Cool Title, but what’s the news?

The Indian rupee is on course for its best quarter, since March 2017, extending into the new year. The rupee jumped 2.1 percent over Monday and Tuesday, which was its biggest two-day gain since the September of 2013, before ending little changed on Wednesday.

Okay, but what does it mean?

India – majorly an importing economy, with its major chunk of imports being crude oil, has been boosted by a slump in crude oil prices. Apart from this, the growth of rupee is also attributed to a less aggressive Fed and improving portfolio outlook. The currency is up 3 percent this quarter, the best performance in Asia after Indonesia’s rupiah.

The reversal of the under performance of rupee is expected to continue well in the new year , particularly on a total return basis.

Why should I care?

The decrease in oil prices actually comes with dual benefits. Not only the petrol will be cheaper but it largely has effect on almost all the segments. Transportation costs will come down. As a result, food costs can come down. So, there’s actually a lot to look forward to in the new year.