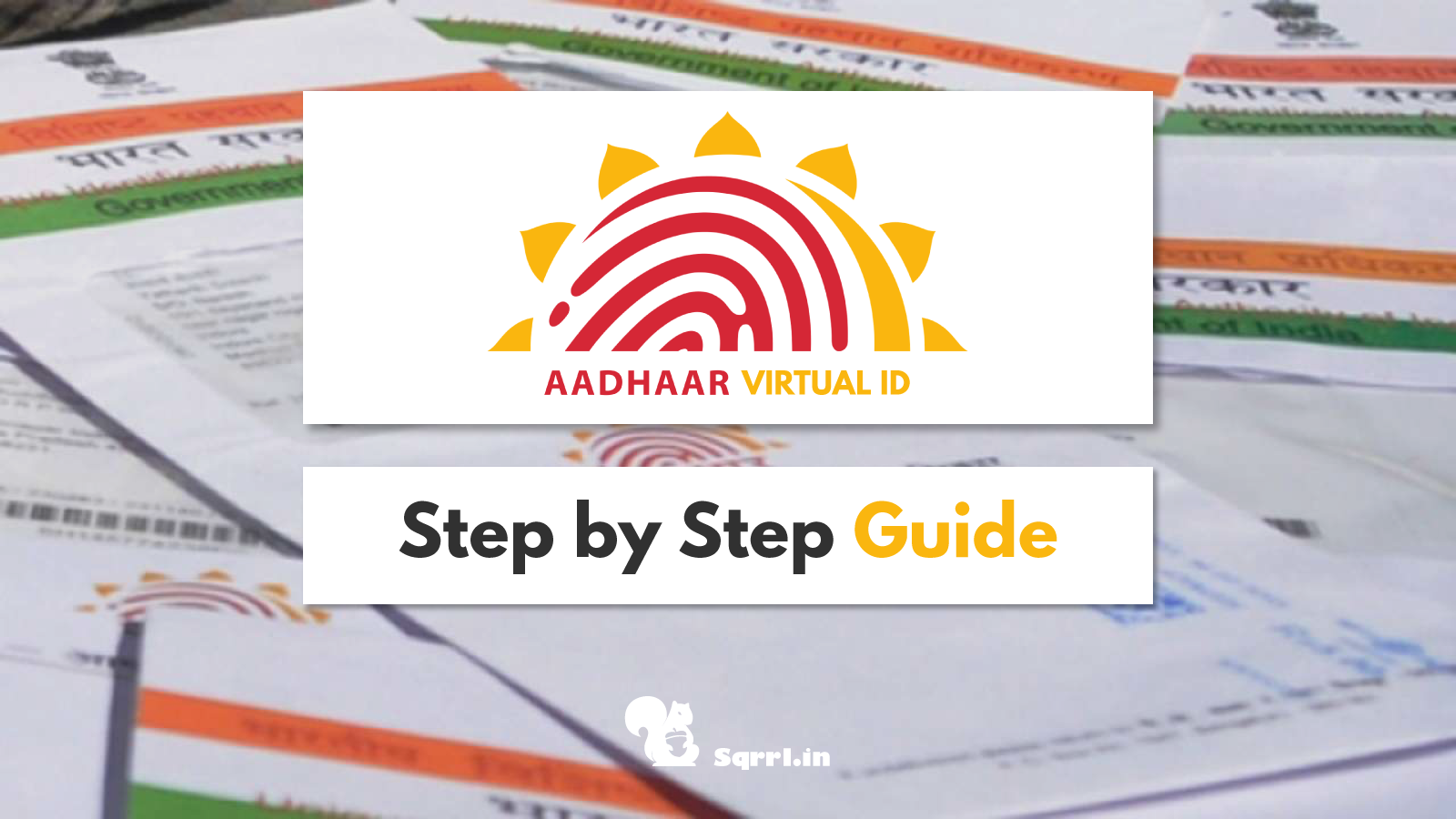 We know how you feel when the cashier asks you for your Aadhaar card number (because he has to transfer the payback points to your account) and how a drop of sweat runs down your forehead. But what if we tell you there’s something new called the ‘Aadhaar Virtual ID’, that can solve your troubles?

It is alright to worry that the 12-digit Aadhaar number might be stolen and misused, and just for this very reason, we want to introduce you to: Aadhaar Virtual ID(VID).

Nowadays, a lot of your personal details – be it your bank account information, your PAN card details or any important documents – all are linked to your Aadhaar Card.

What is Aadhaar Virtual ID (VID)?

The Aadhaar Virtual ID (VID) would permit you to authenticate transactions and e-know-your-customer (eKYC) services instead of providing your Aadhaar number.

While linking everything to the Aadhaar card might be a comfort and a necessity for the government, it arouses a sense of insecurity within us every time we are asked for our Aadhaar card number, owing to the innumerable personal accounts linked to it.

All those who are not comfortable sharing their unique biometric Aadhaar number, your days of worry are now over!

As confirmed by UIDAI via a tweet, this facility has already been launched and soon enough the service providers will start accepting Aadhaar Virtual ID (VID) in the place of Aadhaar card number.

Let’s tell you a little more about the Aadhaar Virtual ID (VID), which is a temporary and a revocable random 16-digit number mapped with the Aadhaar number.

Here are the major benefits of Aadhaar Virtual ID:

That means you would be able to generate another Virtual Aadhaar ID 24 hours later after generating it once. It is way safer than providing the actual 12-digit Aadhaar card, and it is convenient to use too.

Before you start though…

Do not get excited already, first make sure that your mobile number is registered in the UIDAI database. It is a necessity because all the Aadhaar related online services use one-time password (OTP) for verification purposes, and the registration of the mobile number is a must for this.

Aadhaar card is necessary at a lot of places –

If you are not comfortable sharing your Aadhaar Card number at any of these places, you can provide your 16-digit Virtual Aadhaar ID.

Step 1 for Aadhaar Virtual ID (VID)
Go to the UIDAI homepage. You would find an option of VID generator under the Aadhaar services. Click on it.

Step 3 for Aadhaar Virtual ID (VID)
You would receive an OTP on your UIDAI registered mobile number.

Step 4 for Aadhaar Virtual ID (VID)
Below the field to enter the OTP, you’ll have the option to generate a new VID or retrieve the one you have already generated. On submitting, you’ll receive the VID on your mobile number.

That’s how simple the process is. So, sit back and heave a sigh of relief, because gone are the days of worrying about sharing your Aadhaar details! You finally have your Virtual Aadhaar ID to the rescue.